What did we learn from LoL Worlds 2022 Semifinals? 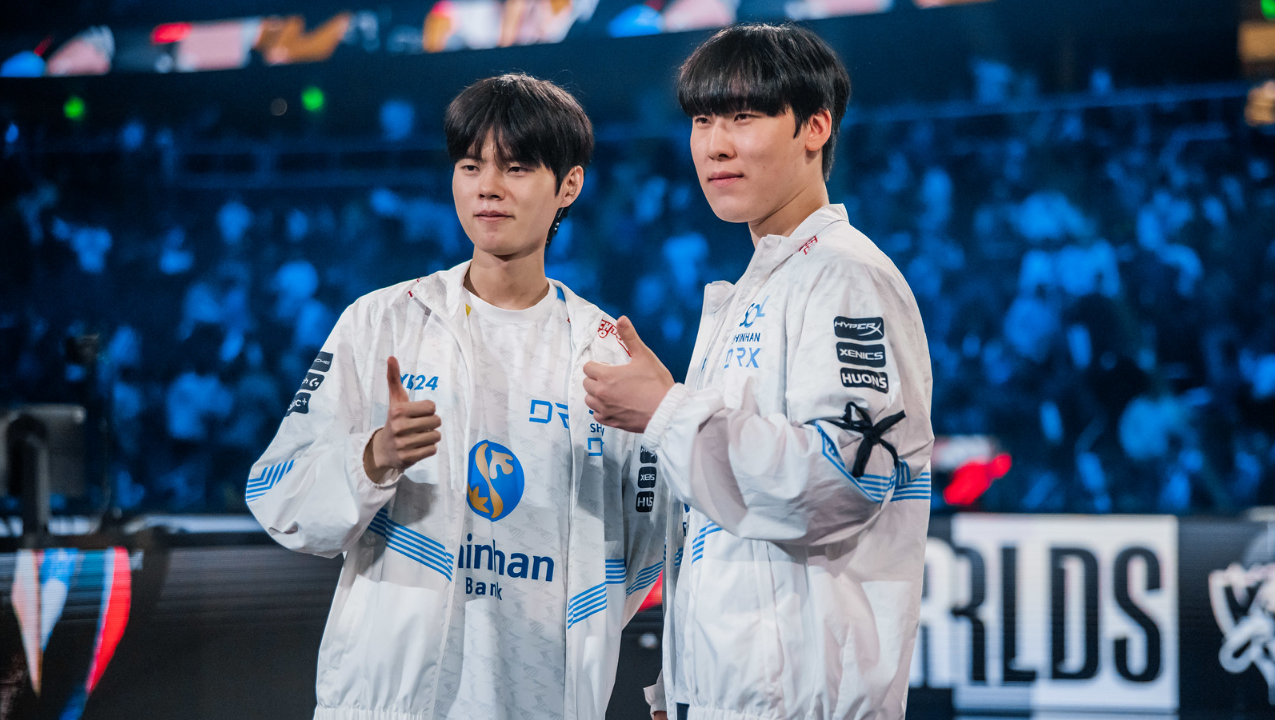 After an intense month of back-to-back League of Legends matches between the best teams in the world, the 2022 World Championship is ready for its final stage. This past weekend, the Worlds semifinals prepared the stage for what could be the most historic final in the history of the game.

On both sides of the draw, two teams emerged. On one hand a heavy favorite, and on the other a heavy underdog. While T1 was supposed to make it to the final at the very least, DRX has no business in this miracle race. The team rolled over Gen.G, a team they had never beaten in 2022 before their semi-final match, to secure their place in the final.

Before we start to lay out storylines, plans, and dreams of what the grand finals could be, let’s take some time to reflect on what the semifinals were. Here are three key takeaways we gathered from the 2022 Worlds semifinals.

T1 are finally back in their best form
For the first time in five years, Faker will compete in a Worlds final. And all signs point to him and T1 walking into this match as the heavy favorites.

With a clean record of 12-2 at Worlds, this version of T1 looks much better than the team that got swept out of the LCK Summer Split convincingly by Gen.G just two months ago. At Worlds, T1 have a higher team-wide KD ratio, a higher early-game rating, and have shaved about two minutes off their average game time that they had in the LCK. This T1 is more kill-hungry, more proactive, and, overall, more efficient.

Still, T1 have lost in the finals of back-to-back major events (MSI, LCK Summer), and at Worlds, they’ll have a familiar face in DRX waiting for them. Luckily for T1, the team has won all eight of their individual games against DRX in 2022. But that doesn’t seem to mean a whole lot against a red-hot DRX team that also had a 0-8 record against Gen.G this season before they dispatched them in the semis.

Zeka is looking to become the best mid laner in the world
It should go without saying at this point that Zeka is the breakout star of Worlds 2022. After serving as nothing more than an average mid laner throughout the majority of the regular season, Zeka has ascended on the international stage, taking every opponent to task. In the semifinals, he held an average gold lead of 388.5 at 15 minutes over Chovy, while also earning two solo kills during the series. Zeka leads all players at Worlds with a total of 16 solo kills, according to League stats site Games of Legends.

Zeka’s KDA, CS per minute, and damage per minute numbers at Worlds are all higher than his 2022 averages as well. So while this recent string of performances may represent Zeka’s ceiling (and he could regress to the mean come 2023), sometimes all you have to do to win Worlds is get hot at the right time, and there’s no League player on the planet right now hotter than Zeka.The 2022 League of Legends World Championship finals are right around the corner, so make sure you check out our League of Legends betting page where you can find all the best sign up offers and free bets available.

What Is Market Share & How Do You Calculate It?