Edtech Has Changed Forever — And Not Just By COVID 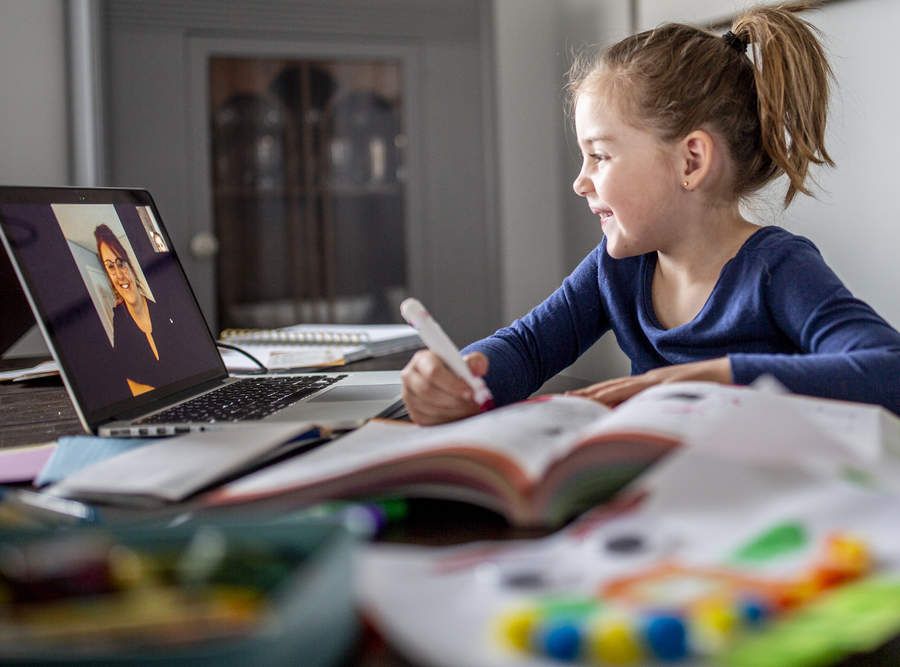 I’m pondering time. Not just the six months since I stepped down from my most recent executive role, but my chosen industry’s past 25 years. Edtech — education technology — has moved from a collegial backwater of the tech sector to K-12 and higher ed ubiquity.

That’s changed how I think about my future in the business. It should also give newbies and other veterans pause, and encourage perspective.

It wasn’t just the pandemic that led to edtech’s popularity. Nearly three decades of changes have dramatically shifted the edtech landscape.

The Edtech Explosion: A Shift From Curiosity to Ubiquity

When I got pulled into edtech from the consumer and B2B computing world in 1995, the transitional technology of CD-ROM for delivering multimedia on personal computers was peaking, and hot topics at NECC (the National Educational Computing Conference, now ISTE) were “hypermedia (opens in new tab)” on the internet and how to wire classrooms for networking.

Shortly after, I noted the decade delay (opens in new tab) — that is, how it could take up to ten years for a popular consumer technology to make it into the classroom, assuming it could survive and prove itself useful due to how risk-averse and sluggish educational institutions were about jumping on tech bandwagons. No longer.

Edtech didn’t just break through into the mainstream due to the pandemic, though COVID’s impact was the accelerant poured onto a slowly heating market. Edtech’s ability to move from a single desktop computer in the back of the classroom to laptops on student desks and in homes was aided by several critical school-friendly developments over the years: handheld iPads in 2010; cheap Chromebooks in 2011; improved WiFi standards; and gigabit internet speeds. Over the same period, buyers in all roles got better at evaluating devices and software.

The pandemic forced all of this together at scale, with sometimes awful results due to poor integration, inappropriate remote learning environments, and unprepared educators.

But there’s no turning back from ubiquity now; the concept has been tested and requires sorely needed adjustments and careful rethinking about what worked and didn’t. Edtech is now embedded into, and synonymous with, education.

Edtech, famously, was once called a “get rich slow (opens in new tab)” business. Venture capital was selective. Private equity didn’t care. An IPO? Never mind. Long sales cycles with entrenched “we’ve-always-done-it-this-way” (that is, not with tech) buyers — along with spotty infrastructure — made edtech products appeal to only the most forward-thinking, digitally connected educational institutions.

That began to change around 2015 after underlying infrastructure (devices and broadband, plus price) could support broad implementations in schools. Venture investment soared (opens in new tab). Private equity saw sustainable business models and rollup opportunities. Then the pandemic hit, and suddenly everyone with a wallet wanted in, smart money or stupid.

The big money has changed the edtech industry, even with a tightening of the spigot in the second half of 2022. The mission occasionally seems more about serving investors in search of high returns or an exit than educators or students, no matter what public lip service is paid. But in that way, edtech is now no different than healthcare or other public service industries.

Money brought the upside of fueling the scale demanded by customers, and gave districts and institutions more confidence that a startup would stay in business.

Adoption of edtech, for many years, was U.S.-centric, and tended to spread outward to other English-speaking countries. It was a rare and uphill climb for companies based outside of the states to succeed in the U.S. market, and it was considered the only appealing large market due, again, to its tech savvy, size, and dollars.

As the pandemic closed schools, first China, then India, saw rapid expansion of a kind of limited definition of edtech — online tutoring — followed by blowback in the form of government restrictions in China and regulatory false-advertising hand slaps in India.

More significantly, companies in other countries have extended their operations or acquisitions into the U.S. The recent poster child from India is decacorn Byju’s, which has acquired (opens in new tab) U.S. firms Epic!, Osmo, and Tynker. European companies have also made U.S. inroads.

What defines edtech to the public may increasingly lie outside of the U.S., even if that definition is sadly skewed to favor online tutoring and not the potential breadth and richness of what products have to offer, from self-paced serendipitous instruction to connected administrative tools and analytics.

Beyond these three points are a number of downstream effects to consider. Such as how ubiquity begat responsibility many edtech vendors never seriously thought was theirs directly, for cybersecurity and privacy protections. Or how the five different edtech sectors — early education, K-12, higher ed, workforce learning, and adult enrichment — are hugely different in approach even as they’re often mushed and muttered together as the same six-character word.

I know, as Thomas Wolfe once wrote, you can’t go home again. And in education, the technology changes that picked up speed a decade ago only to be forcefully propelled during the pandemic mean that you can’t go back to — or work with — schools again and expect to find them as you left them, either.

USD/JPY keeps the red below 130.00, eyes US PCE Price Index for fresh impetus

Binance Smart Chain: What Is It?