Fortnite is better without the forts

By dropping its most famous feature, Fortnite is better than ever.

Bugsnax: Isle of Bigsnax Supersizes Everything I Love About Bugsnax

How to complete Hyetta’s quest in Elden Ring

It’s In The Cards: NFCs and the Future of Music

THORChain Breaks Free of Early Troubles With Move to Avalanche

Why is the crypto market down today?

Smite’s newest ultimate skin reward – Izanami, Queen of Cards – makes its way onto Xbox today with a mixture of misdirection and panache. This is no ordinary skin – it’s what we call a “Tier 5” skin, representing the pinnacle of Smite skin design and serving as the final reward for our new Heavenly […]

It’s been just over a month since Cyberpunk 2077‘s previous 1.5 patch was released. It fixed a lot of problems while adding in purchasable apartments and new weapons. The patch also managed to deal with some of issues that held the game back for a lot of players. However, there’s still a lot that needs to be done, and luckily CD Projekt Red knows this. So, now we have Cyberpunk 2077‘s 1.52 patch to delve into, and there’s some good stuff here. The latest patch for Cyberpunk 2077 is much smaller than the previous 1.5 update. In fact, it looks like the 1.52 patch mostly squashes a few of the smaller bugs that still plague the game, from quests not working properly to various issues affecting gameplay. It may not be as exciting as the last patch, but updates like these are just as important as the bigger ones.   Despite the problems addressed in Cyberpunk 2077‘s 1.52 patch seeming quite small, any fixes are more than welcome. Smaller gameplay is...

After a substantial overhaul in February, Cyberpunk 2077 has received a new update that continues to tweak several lingering issues inside of the game. While it's not as massive as the previous update, there are a significant number of improvements that have been added to the sci-fi sandbox according to the patch notes.

In the gameplay department, issues related to missing loot, broken animations, and teleporting wrecked cars have been fixed. Console-specific fixes include addressing corrupted saves being imported from PS4 to PS5, Xbox Series X|S controller disconnects will no longer result in a player being stuck, and wet roads should have an accurate amount of reflection on the PS5 version that's comparable to the PC edition of the game.

Bugs in quests such as Automatic Love, Epistrophy, and Path of Glory have also been cleaned up, and your vehicle should spawn closer to V when it's summoned. You can see the full list below of all the fixes. While Cyberpunk 2077 and its saucy Johnny Silverhand content are in a better state currently, developer CD Projekt Red is looking to the future by revisiting its past. The studio announced this week that a new Witcher game is in development and will be built using Unreal Engine 5, but it won't be exclusive to the Epic Games Store on PC.

Cyberpunk 2077 won't be making a graphical engine switch either, as CDPR will continue to use REDEngine for the game's upcoming expansion.

‘Dragalia Lost’ Main Campaign Scheduled To End in July, Game Shutting Down at a Later Date

END_OF_DOCUMENT_TOKEN_TO_BE_REPLACED

It’s time to put all you’ve learned to practice quelling the Imagined Order. Take on your opponents in the ultimate battle for the Zero Point in Fortnite Chapter 3 – Season 2: Resistance! Overshield Has Your Back Building has been disabled, so it’s time to unleash a new defense: the Overshield. This new line of […]

5 Things I’m Most Excited for in LEGO Star Wars: The Skywalker Saga

A giant LEGO set of Mos Eisley Cantina has remained unopened in my garage, gathering dust for over a year now. I’ll get around to it someday, but in the meantime I’ll be more than happy playing with my favorite LEGO Star Wars minifigures in the ridiculously epic LEGO Star Wars: The Skywalker Saga when […]

Fortnite Season 2 has arrived. And while that means a whole heck of a lot of new stuff is now in the game, it also means reliable weekly challenges are here to grant you a bundle of XP in a hurry. The debut seasonal quests include using new features like tactical sprinting, spending good old-fashioned gold bars, and opening chests on IO airships. Here we'll guide you through how to complete all of the Week 1 Fortnite challenges.

There are seven weekly (seasonal) quests in Week 1. Each is worth 20,000 XP for a total of 140,000 XP, a slight decrease compared to last season's weekly gains. However, daily quests award a bit more than before too. Of the nine challenges listed below, the bottom two will not be used in-game unless others prove to be glitched. Epic uses them as hot-swaps for broken quests. 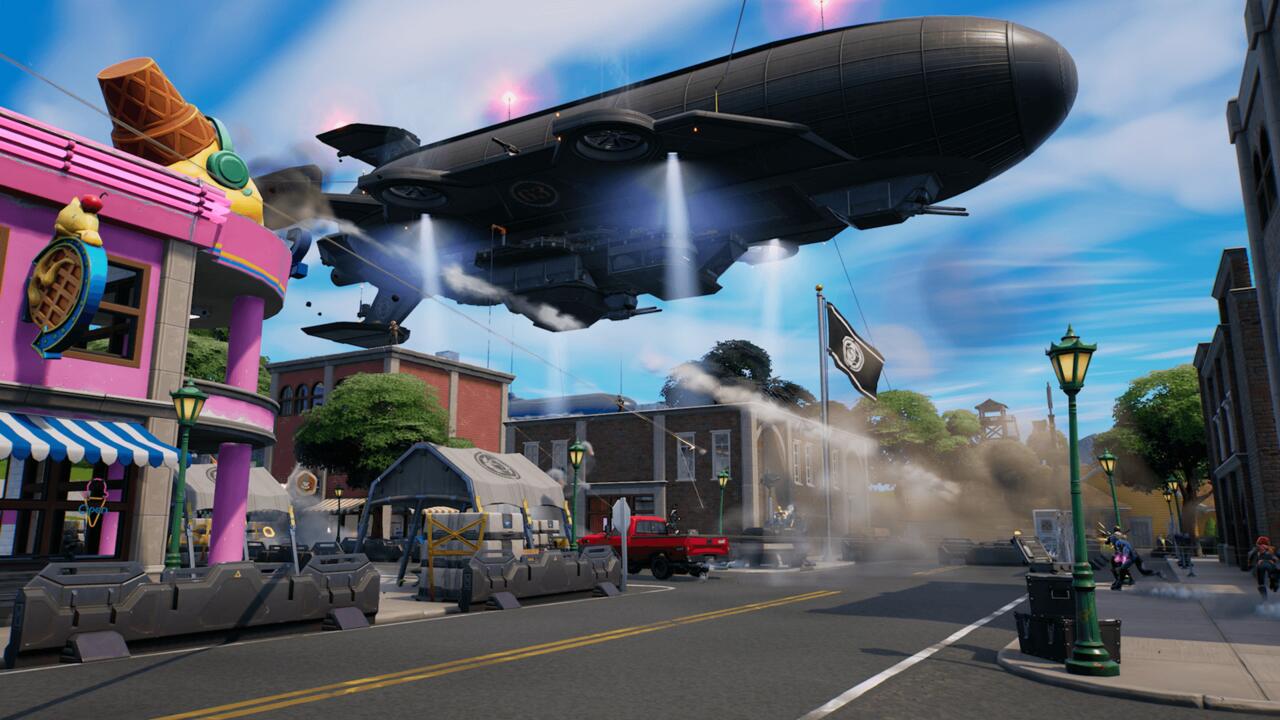 As soon as you drop in, look for a place to sprint and mantle three times. Your reach is pretty athletic and there's no shortage of qualifying locations. I completed this one around Chonker's Speedway by jumping to rock ledges, for what it's worth.

You can spend gold bars the same way you always would: Collect them by completing bounties and searching in beds and couches, then buy items from upgrade stations, NPCs, or vending machines. Collecting a Drum Gun and an SMG is simple luck of the draw, but you can speed up the process by searching chests, which are usually packed with a few weapons each. Do so within named locations and you'll work toward that related challenge too. Deal damage with either to work toward the last challenge in the list shown above.

Searching chests should also get you a Repair Torch eventually, and despite what the challenge says, you can actually use it on cars that have taken no damage, so find a nearby car or truck and "fix" it the same way you'd fill it with gas. IO forces are stationed all over the island, including Doctor Slone and some cronies south of Logjam Lumberyard, but if you drop onto one of the baddies' airships, you can deal 500 damage to the henchmen while also opening chests for two separate challenges. These airships also contain Siege Cannons, making the related launch distance challenge trivially easy.

In all, this week's challenges are pretty straightforward once you learn where all the new toys are located. For more on Fortnite Season 2, check out our weapons guide, battle pass overview, and map changes breakdown.

Ramen VR, developers of VR MMO Zenith, raised $35 million as part of a recently-closed Series B funding round, with plans to double the size of the studio.

Marvel’s Avengers is not dead… Well, not yet. Crystal Dynamics has committed a new patch for the PlayStation 5 and PS4 brawler, which is due out on 24th March. This was previously communicated, and will revise the way the War Table works. For those of you unfamiliar with the superhero game, the War Table is what you use to launch missions and tackle quests, but it can be a bit confusing.

The latest update will make changes to the way information is displayed on the War Table: biomes will have recommended Power Levels, missions will no longer rotate every 15 minutes, while Villain Sectors will be accessible without needing to visit Faction terminals. All of this should, in theory, help to improve the flow of the release.

Read the full article on pushsquare.com

The first-person shooter (FPS) genre is a staple of the video game industry, accounting for over one-fifth of all sales. ...

Ghostwire: Tokyo tells the story of one of the last […]

Elden Ring has received a major patch across all platforms, which fixes a number of bugs and even adds new content (or perhaps finishes some previously unfinished content).

Starfield Lets You Join Multiple Factions – Including the Bad Guys

Elden Ring: How To Reverse The Frenzied Flame Ending