The Census Bureau announced Friday that as early as mid-July, door knockers are set to visit some U.S. households that have been asked but haven’t filled out a 2020 census form yet. Matt Rourke/AP hide caption 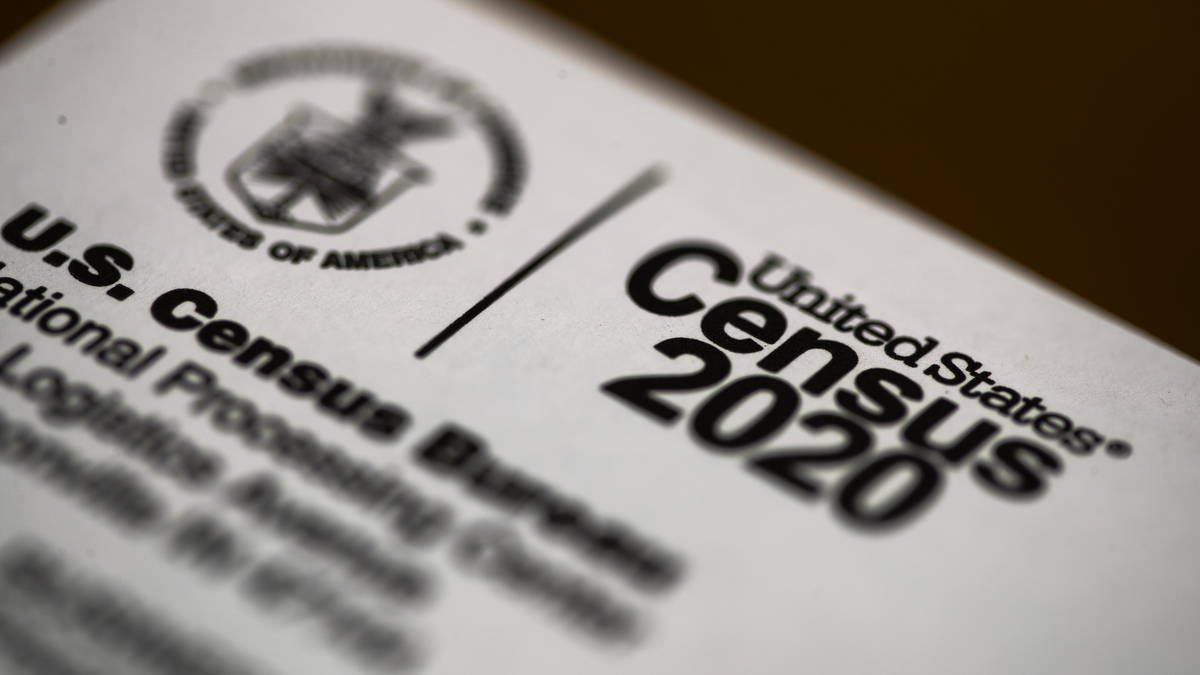 The Census Bureau announced Friday that as early as mid-July, door knockers are set to visit some U.S. households that have been asked but haven’t filled out a 2020 census form yet.

Door knockers are preparing to start visiting homes that have yet to fill out forms for the 2020 census as early as mid-July, the Census Bureau announced Friday.

As part of other revamped plans for the national head count since the coronavirus outbreak, the bureau says the counting of people experiencing homelessness — both at shelters and outdoors — has been rescheduled for late September, and census workers will continue in-person counting in remote Alaska Native villages, which began in January, through August.

For past counts, in-person visits by the bureau’s workers have helped boost census participation among communities of color and other historically undercounted groups who are less likely to take part on their own in the constitutionally mandated count of every person living in the country.

But the COVID-19 pandemic had halted those kinds of interactions and upended the bureau’s earlier plans to start in-person visits to unresponsive homes in April and finish by the end of July. Faced with stay-at-home orders and public health concerns, the bureau had previously announced it was planning to wait until August to send out door knockers.

But in a press release on Friday, the bureau says it’s now planning a “soft launch” next month to “ensure systems, operations and field plans work as they should.” The bureau is expected to announce by the end of this month which six areas of the country may first see census workers at their doors, wearing personal protective equipment and trained in social distancing, for the nonresponse follow-up operation.

As early as Sunday, a smaller group of workers is set to return to parts of northern Maine and southeast Alaska to interview residents in remote areas that — unlike most of the U.S. — have not received any Census Bureau letters or postcards about the count because they do not have regular mail delivery.

By Aug. 11, door knockers will be fanning out across the country to follow up with unresponsive homes through the end of October, when the bureau says it plans to stop collecting responses.

Earlier this week, however, the U.S. Government Accountability Office issued a report warning that these door-to-door visits to complete the once-a-decade count “may be less effective” in a “post-COVID-19 environment,” given concerns that close interactions could increase the spread of the coronavirus.

“This may affect the quality of the data, especially for groups that are less likely to self-respond (often hard to count populations),” the GAO report said.

That, in turn, would affect the census results used to determine each state’s share of congressional seats, Electoral College votes and an estimated $1.5 trillion a year in federal tax dollars for public services over the next decade.

As of Thursday, more than 90 million households have participated in the count online, over the phone or through the mail, bringing the national self-response rate to 60.9%.

Under increased pressure because of the unpredictability of the pandemic, the bureau has asked Congress to extend by four months the legal deadlines for reporting census results, including new state population counts currently due by the end of December and the census data for the redrawing of voting districts due by the end of March 2021.

While House Democrats have moved forward with legislation granting those extensions, the Republican-controlled Senate has not put forth any bills so far.

In case Congress does not pass a new law, the GAO report notes, it will be “important” for the bureau to “monitor the risks” of potentially having to process and produce census data “under compressed time frames.”

Elkem signs MoU with FREYR for supply of battery materials

Shanghai Dragons parts ways with 5 players including Geguri and Diem

Why Are Jet Bridges Almost Always On The Left Of The Aircraft?

Seven reasons why I chose to do science in the government