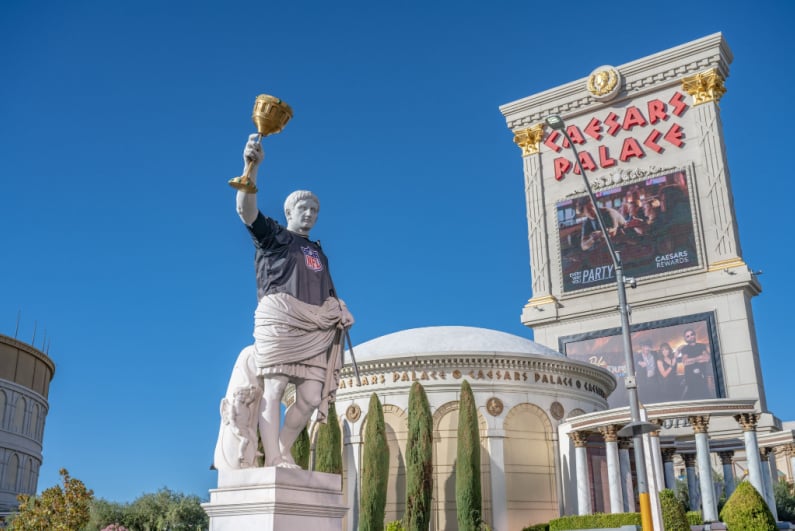 Describing the marketing tactics of sports betting firms within the college space, the New York Times recently coined the phrase to “Caesarize.” Now, a US senator has taken it upon himself to persuade Caesars Entertainment to end the “disgraceful practice” which he believes puts students at risk.

made the request in a personal letter to Tom Reeg

Covers reported on Monday that Senator Richard Blumenthal made the request in a personal letter to Tom Reeg, Caesars Entertainment’s CEO.

Blumenthal told Reeg that Caesars’ “deliberate marketing towards college-aged students cannot continue” at these facilities. He urged Reeg to stop his firm targeting these spaces and to “discontinue any existing partnerships with schools.”

Caesars boasts multiple multiyear marketing partnerships with college athletics departments, such as those it has with Louisiana State University and Michigan State University.

However, the senator called on Caesars to stop targeting students in its marketing campaigns in order to safeguard them and prevent:

Blumenthal asked Reeg to respond by December 9 with Caesars’ “commitments” to cease its college-facing activities. In his letter, the senator highlights findings in the Times report “How College and Sports-Betting Companies ‘Caesarized’ Campus Life,” which warns of the negative effect sportsbook advertising could have on problem gambling.

The senator also wrote the American Gaming Association a letter this week filled with criticisms. The gaming body responded via Twitter:

Adding to the growing storm around college marketing deals is the ongoing FTX debacle.

On Sunday, the Bahamas Attorney General confirmed that an active criminal investigation into the collapsed cryptocurrency exchange firm is ongoing. On Twitter, gaming lawyer Daniel Wallace highlighted that FTX had brand ambassador partnerships with college students:

Wallace raised concerns about how university athletes who inked Name, Image, and Likeness deals with the firm could become “potential defendants in the FTX class action lawsuits.”