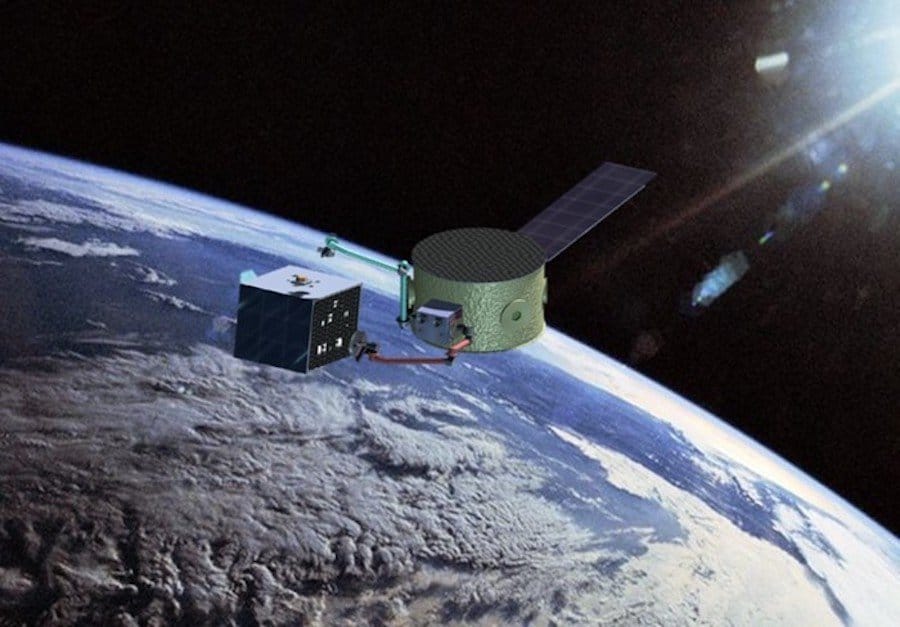 The robotic arms will be used by the Defense Department for in-space assembly and servicing, Maxar said.

DIU is a DoD organization created to accelerate the adoption of commercial technology. Space is one of DIU’s portfolio areas, including in-space transportation and robotic technologies for on-orbit servicing, assembly and manufacturing.

The $9.3 million contract is for Maxar to further develop a robotic arm it designed for both commercial and government customers. The robotic arms for DIU are about 2 meters in length each and will be delivered within three years.

“A key feature of these arms is that they will be underactuated, meaning they will have a single motor running a tensioned cable system to transmit torque to any number of joints, reducing system weight and cost,” said Maxar.

The company has produced six robotic arms for NASA’s Mars rovers and landers, and is building one for NASA’s On-orbit Servicing, Assembly and Manufacturing 1 (OSAM-1) mission and a Lunar Underactuated Robotic Arm (LUNA), a prototype intended to support Artemis program operations on the Moon.

For the DIU project, Maxar is partnering with Altius Space Machines, a company owned by Voyager Space. Altius will provide a magnetic latching connector and a magnetically latching tool changer. Another partner in the project is SRI International which provides an electro-adhesive for satellite capture and technical expertise in underactuated arm mechanisms.