India is evolving and developing space missions like Chandrayaan, Mangalyaan, PSLV, SSLV and more to be among the top Spacetech countries in the world.

The global space market size is about $350 Billion of which India is holding out only 3%. The share of rocket launch service is 2%, the manufacturing of satellites is close to 5%, the share of space application services is 45% and ground equipment is 48%.

So, the government body ISRO has asked private organisations to openly take part in space missions and use India’s resources.

The Spacetech startups are enthusiastically coming out and helping India achieve targets that were difficult or weren’t thought of before. So, we have listed down the top Spacetech Startups in India paving their way into space through path-breaking technologies across launch, communication, and satellites and massive investments:

It is an Indian space-technology start-up started by Awais Ahmed and Kshitij Khandelwal in February 2019. It was Asia’s only space startup to qualify for the 2019 Techstars Starburst Space Accelerator in Los Angeles.

It recently received funding of $7.3 million (Rs.52.8 crore) from Techstars, Omnivore VC and others. The company is planning of launching the ‘World’s highest resolution hyperspectral satellite constellation’.

It is a Hyderabad-based startup started by Pawan Kumar Chandana and Naga Bharath Daka in January 2017. Skyroot Aerospace is the first privately-owned Indian firm to demonstrate the capability to build a homegrown rocket engine. It develops small satellite launch vehicles (SSLVs).

Skyroot has raised $4.3 million, including from space and defence contractor Solar Industries, and is aiming to secure another $15 million in funding by 2021.

The company has been developing its first launch vehicle, “Vikram-I,” expected to be launched by December 2021. 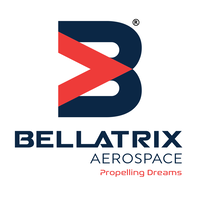 It is a Bangalore-based startup started by Rohan M Ganapathy and Yashas Karanam in 2015. It works on advanced in-space propulsion systems and rocket propulsion technologies.

Bellatrix Aerospace has raised $3 million in a Pre-Series A round led by IDFC-Parampara, StartupXseed, Karsemven Fund (KITVEN) and Survam Partners ( Suman Kant Munjal family office) at a post-money valuation of $ 10 million.

On 8th February 2021, they announced a partnership with Skyroot Aerospace to work on joint space missions.

With its lab in the Indian Institute of Science, Bellatrix had signed an MoU with Dhruva Space to work on joint space missions. Bollywood actress Deepika Padukone had invested in Bellatrix through KA Enterprises.

It is currently developing a ‘space taxi’, an orbital transfer vehicle (OTV), to be launched in 2024. The company will also be launching the rocket ‘Chetak’ by 2023.

It is a Chennai-based startup founded by Srinath Ravichandran and Moin SPM in 2017. Recently, it had fired World’s first fully 3D rocket engine, the semi-cryogenic rocket engine ‘Agnilet’.

Agnikul was the first Indian space startup to enter into an NDA with the Department of Space (DoS) under the newly established Indian National Space Promotion and Authorisation Centre (IN-SPACe).

The start-up later managed to raise ₹23.4 crores (US$3.3 million) from investors and by the end of 2020, the company raised almost $4 million. AgniKul has also received investment from Anand Mahindra, whose amount was not specified.

It aims to develop and launch its small-lift launch vehicle namely ‘Agnibaan’ by 2022.

It is a Hyderabad-based startup founded by Sanjay Nekkanti in November 2012. It works on small satellites for the government, commercial, and academic markets.

At present, the company is working with ISRO and the European Space Agency (ESA).

In 2014, Dhruva Space signed a deal with AMSAT India to develop HAMSAT-2, an amateur radio satellite. On 20 November 2020, Dhruva Space Entered into an MoU with Skyroot Aerospace to work on joint space missions.

So, these are the top Spacetech startups in India trying to outrun ISRO, NASA and SpaceX.

The spaceship showcases Virgin Galactic’s innovation in design and astronaut experience. Imagine also demonstrates progress toward efficient design and production, as Virgin Galactic works to scale the business for the long-term.

VSS Imagine will commence ground testing, with glide flights planned for this summer from Spaceport America in New Mexico.

The livery design, finished entirely with a mirror-like material, reflects the surrounding environment, constantly changing colour and appearance as it travels from earth to sky to space.

Leveraging a modular design, the SpaceShip III class of vehicles are built to enable improved performance in terms of maintenance access and flight rate. This third generation of spaceship will lay the foundation for the design and manufacture of future vehicles.

As VSS Imagine begins ground testing, manufacturing will progress on VSS Inspire, the second SpaceShip III vehicle within the Virgin Galactic fleet. The introduction of the SpaceShip III class of vehicles is an important milestone in Virgin Galactic’s multi-year effort that targets flying 400 flights per year, per spaceport.

VSS Imagine is unveiled ahead of VSS Unity’s next test flight, which is planned for May 2021.

Michael Colglazier, CEO of Virgin Galactic, commented: “Today we unveiled our SpaceShip III class of vehicles, marking the beginning of the Virgin Galactic fleet. VSS Imagine and Inspire are stunning ships that will take our future astronauts on an incredible voyage to space, and their names reflect the aspirational nature of human spaceflight. Congratulations to our dedicated team who worked so brilliantly to achieve this milestone.”

Richard Branson, founder of Virgin, added: “Virgin Galactic spaceships are built specifically to deliver a new, transforming perspective to the thousands of people who will soon be able to experience the wonder of space for themselves. As a SpaceShip III class of vehicle, Imagine is not just beautiful to look at, but represents Virgin Galactic’s growing fleet of spaceships. All great achievements, creations and changes start with an idea. Our hope is for all those who travel to space to return with fresh perspectives and new ideas that will bring positive change to our planet.”

Hexcel has announced its role within the recently launched UK-based project called ASCEND (Aerospace and Automotive Supply Chain Enabled Development) that will focus on developing high-rate manufacturing and processing technologies that will accelerate the development of new, lightweight advanced composite materials.

The composites company will join lead partner GKN Aerospace and 13 other project stakeholders in a collaboration across the UK supply chain to develop the technologies and automation equipment required to manufacture lightweight, more fuel-efficient structures for sustainable air mobility, aerospace, and automotive industries.

In addition to its new fast curing prepreg technology, Hexcel’s range of Liquid Composite Moulding (LCM) products will be incorporated into the ASCEND project work packages. The project will use both HiTape advanced unidirectional dry carbon reinforcements and HiMax multiaxial non-crimp fabrics reinforcements.

The ASCEND project will allow Hexcel to collaborate with Tier 1 companies, engineers, tooling specialists, and production equipment OEMs to deliver both prepreg and liquid composite moulding solutions that meet both the performance targets and satisfy the processing requirements for high-rate automated manufacture.

The technical integration enabled by the ASCEND project partnerships will ensure a complete understanding of customer performance and processing needs, coupled with the opportunity to industrialize new technologies utilizing the extensive capabilities of GKN’s Global Technology Centre in Bristol.

Paul Mackenzie, senior vice president and chief technology officer at Hexcel, said “We are  proud to be part of the ASCEND program, and we look forward to working with other leading companies as we develop processes and materials that help to make the next generation of sustainable air mobility, aerospace, and automotive vehicles possible. This project offers the perfect platform for Hexcel to collaborate and further develop our HexPly, HiMax, and HiTape technologies.”

Together, the group looks forward to delivering the material and automation innovations that will power more sustainable mobility solutions of the future.

Under this long-term contract, Magellan will continue to supply landing gear kits and structural components for Boeing platforms such as the 737, 767, and 777.

Magellan business development, marketing and contract vice-president Haydn Martin said: “Securing this major business extension for key Boeing platforms is foundational for our New York and Kitchener facilities as the aerospace industry works to recover from the impact of the global pandemic.

“The confidence that Boeing has placed in Magellan is significant and demonstrates our ability to offer our customers comprehensive and reliable solutions.”

For Boeing, the company is using a vertical integration strategy that leverages global resources in Ontario, New York City, and India.

It has also made significant investments across all its facilities regarding manufacturing technology and the workforce to enhance its competitiveness worldwide.

Magellan will deliver these kits and hardware from its facilities in Kitchener, Ontario and New York City, New York. The company will also produce an extra supply of kits to reduce production risk.

Deliveries will be made directly to Boeing’s assembly facilities in Renton and Everett, Washington, US.

Zero-emission aviation firm ZeroAvia has raised $24.3m in new funding to support the development of a 2MW hydrogen-electric engine.

The financing takes the company’s total private investment to more than $53m while the total funding raised is close to $74m since its formation.

ZeroAvia’s funding comes a few months after the UK Government, through the Department for Business Energy & Industrial Strategy (BEIS), the Aerospace Technology Institute (ATI), and Innovate UK, announced a $16.3m (£12.3m) grant to deliver a 19-seat hydrogen-electric powered aircraft in the market by 2023.

The new funding will accelerate the hydrogen-electric powertrain development for a ten to 20-seater regional aircraft.

ZeroAvia aims to commercialise the engine as early as 2024. The company aims to enter the more than 50-seater commercial aircraft segment by 2026.

The funding will also de-risk the company ambition to power a 100-seat single-aisle aircraft by 2030.

ZeroAvia CEO and founder Val Miftakhov said: “This new funding, in conjunction with our other recent milestones, will significantly accelerate our path to zero-emission solutions for larger regional aircraft at a commercial scale.

“With many airlines lining up and ready to make the shift to zero-emissions, we expect to see wide-scale adoption of this technology.”