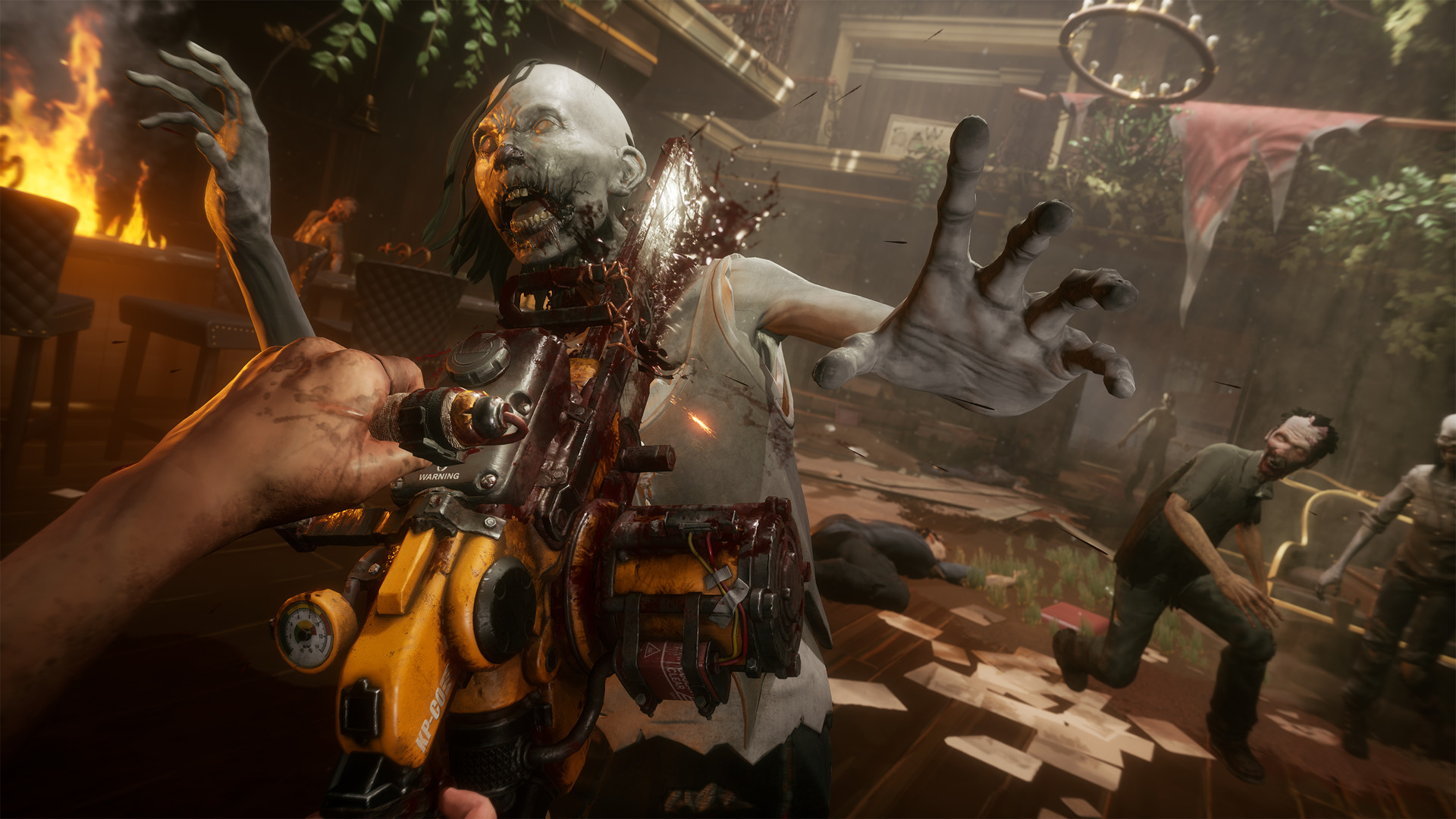 Skydance Interactive announced the sequel to The Walking Dead: Saints & Sinners, Chapter 2: Retribution, is leaving timed Quest exclusivity soon. You can also now add the original game to the list of PSVR titles getting a free PSVR 2 upgrade.

The Walking Dead: Saints & Sinners 2 is simultaneously launching on SteamVR and PSVR 2 on March 21st, priced at $40. You can now wishlist it on Steam and pre-order for PSVR 2.

Although not a launch day title (see the full list here), the studio says players across Quest, PC VR and PSVR 2 will be able to transfer their save data between platforms.

Additionally, Skydance says owners of Chapter 2: Retribution across Meta, Pico, PSVR 2 and PC VR will receive an in-game weapon called ‘The Orphan’ once the upcoming versions release in March.

Moreover, if you already own The Walking Dead: Saints & Sinners on the original PSVR, the studio is also tossing out a free PSVR 2 upgrade on March 21st, 2023 too. We’ve already added it to our growing list of games getting free PSVR 2 upgrades.

In the meantime, a bona fide The Walking Dead: Saints & Sinners demo is coming to the Meta Quest Store, which includes access to the first 30 minutes of gameplay for free, available from now until February 6th.

On Quest, the studio is currently pitching a bundle containing The Walking Dead: Saints & Sinners and the sequel Chapter 2: Retribution for $59.99. The offer is already live and goes to February 6th.

We had mixed feelings about the sequel when it launched on Quest in December. At the time, it seemed woefully undercooked—so much so we didn’t even get a chance to review it due to game-breaking bugs. Since then, the studio has released several major updates to address important things such as stability issues and the game’s visuals.