The map, Midgar, is fairly large and contains a lot of different drop locations. Final Fantasy fans will be able to recognize most of these from the franchise. Here are five of the best locations you can drop into in FFVII.

The Sector Seven Station is situated towards the center of the map, which makes rotations easy.

While there isn’t a lot of scattered loot, the huge number of crates makes it a really good drop location. Some parts of the station provide a lot of cover but the crates are usually situated along the railway track, which is comparatively open.

The ruthless crime lord Don Corneo’s mansion makes a really good drop location in The First Soldier. Corneo is one of the antagonists in FFVII.

The mansion is large and has several buildings enclosed within a boundary. There is a lot of loot inside these structures. Keep your sword in hand as you can bump into enemies in close range inside the mansion.

Corneo’s Mansion is situated almost in the center of Midgar. Be wary; the location is sure to be a hot drop. 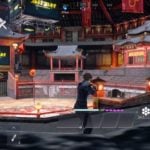 Corneo’s Colosseum is also present in FFVII: The First Soldier. If you want to avoid any hot drops but still gain a lot of loot, the Colosseum is the location to do so.

It is situated in the corner of the map, so pay attention as the circle closes in and be quick to rotate.

The Colosseum is just like the one in FFVII. The stadium-like structure makes it open. Avoiding other enemies who land in the location will be close to impossible. Take them out before stocking up on supplies.

The Undercity for Sector Seven is a comparatively medium-sized area. It will provide a good location for squads to land into and quickly loot up for battle.

There are a lot of buildings and other structures in the area that provide good cover and make gunfights exciting. The upper floor of the buildings can easily be accessed by parkouring onto them.

This area is one of the more eye-catching parts of the map. It is filled with lanterns that give it a beautiful look.

It’s another great location for squads as well as solo players to land in. Situated between the Colosseum and Corneo’s Mansion, the Entertainment District will also be good for easy rotations.

While these are some of the locations you could aim at landing in FFVII: The First Soldier, you shouldn’t always land there. Reaching the ground first instead of landing in good spots is better to avoid getting killed. The game has a unique drop mechanism in which every player or team starts a match in a helicopter over a random part of the map.

By the time you fly to a good location and drop down, the location could already be crawling with enemies. Finding a balance between a decent drop location and reaching the ground first is important for survival and eventual victory.

StreamElements partners with It Gets Better, donates $25,000, and launches Pride-themed charity merch

Pokémon Home’s June update is now live and players can take advantage of the brand new features introduced in Version 1.4.

The key features of this latest update are the Model Viewer and the Catch Calendar. The Model Viewer will allow users to take a look at their Pokémon from many angles, instead of the single angle the game was restricted to before.

With the Catch Calendar, players can keep a log of the exact day they caught their favorite Pokémon, the app will even note down special occasions so you may relive memories with your Pokémon. Another handy new feature alongside the Catch Calendar is the new option to view your Pokémon arranged by the date in which they were caught.

Alongside this update, players can score themselves Gigantamax factor Bulbasaur and Squirtle through mystery gift both in the Pokémon Home mobile app or in Pokémon Sword and Shield for Nintendo Switch.

For those strictly using Pokémon Home, this may be your only opportunity to score these rare Pokémon. For Sword and Shield players it is the only chance they’ve had so far to complete the set of original starters, all with Gigantamax forms.

The update is currently live for mobile users and will be rolled out to Pokémon Home Switch users shortly.

In celebration of Pokémon Home’s latest update, players in Sword and Shield can score themselves both Gigantamax Bulbasaur and Squirtle starting today.

The two Pokémon are available via Mystery Gift from today until June 30. If you want to add them to your collection, simply go to the Mystery Gift option in your Sword or Shield game and select get via the internet.

These two Pokémons’ Gigantamax forms were introduced during the Isle of Armor DLC after players completed the first trail at the Master Dojo. But now players who don’t own the expansion can score it for themselves.

Players who scored one of these starters using the DLC can take advantage of this Mystery Gift, alongside the Charmander gifted to players once they complete the story, in order to collect all three starter Pokémon with a Gigantamax factor.

Today’s update to Pokémon Home, version 1.4, boasts the addition of a model viewer as well as a catch calendar for players to track when they first added Pokémon to their collection.

Pokémon Home is available both on mobile and on the Switch and allows players to curate all their Pokémon into one hub where they can keep a track of their collection as they endeavor to catch em’ all.

If you plan on scoring yourself one of these Gigantamax starter Pokémon, we suggest you take advantage of the Mystery Gift rewards now, as it isn’t clear when they’ll be made available again outside the DLC.

After a manufacturing error for the upgraded Pokémon Chilling Reign Elite Trainer Boxes, The Pokémon Center shared in an email with purchasers that they are sending buyers some extra goodies with their order.

Chilling Reign included an upgraded Elite Trainer Box that was set to boast 10 booster packs, two more than the standard eight. In manufacturing, the boxes only wound up with the regular eight, however.

To make it up to buyers of these boxes, The Pokémon Center will be not only sending them two loose booster packs and a $10 refund, but they’ll also receive three cards from the set Galarian Articuo V, Galarian Zapdos V, and Galarian Moltres V.

If you ordered your Chilling Reign ETB from the Pokémon Centre and it hasn’t yet been canceled, you’ll be receiving these goodies along with the refund in the weeks following shipment.

For this set, The Pokémon Centre offered multiple ETB options, with the more expensive choice boasting 10 booster packs, a metal damage counter, and coin all for an extra $10. It isn’t clear if the units that suffered from the manufacturing error still contain these metal additions, but we will find out soon when the product launches globally tomorrow, June 18.

The Pokémon Centre will stick with the addition of releasing upgraded ETB’s when the next English TCG set Evolving Skies launches in August. These upgraded boxes will also have 10 booster packs, but seemingly have different goodies since they come with a hazard warning for sharp points.

If you plan on getting this limited edition ETB’s, do pre-order early since it is likely stock will be snatched up fast.

The pass features 100 tiers of unlocks for both Black Ops Cold War and Warzone, offering players a ton of new things to play and grind for, including a new operator and two new guns.

The cool thing is if you have CoD Points saved up from playing Warzone or a recent purchase, you can use them toward the battle pass in Black Ops Cold War if you’re using the same Activision account.

To buy the pass, navigate to the Store section of the multiplayer menu and pick up some CoD Points if you need them. In the Store tab, you’ll find the battle pass for season four. You can also scroll to the battle pass tab and press Square on PlayStation or X on Xbox.

There are two versions of the battle pass. The first one, the default one, is 1,000 CoD Points. The second one costs 2,400 CoD Points and it’ll unlock 25 tiers of the pass to begin with, giving you instant access to the MG 82 LMG. You’ll also be just six levels away from unlocking the C58 assault rifle.