The automotive industry is focused on R&D activities for passenger cars that will improve and optimize the capabilities of fully autonomous vehicle platforms.

In particular, this is concentrated on the commercial implementation of ADAS in Level 2+ and Level 3 semi-autonomous vehicle capabilities.

To gain a more thorough understanding of the industry’s needs, Automotive IQ has partnered with LeddarTech to create this survey to obtain your expertise on the industry drivers, requirements, timelines and technologies required for the mass adoption of LiDAR technology in Level 2+ and Level 3 vehicles.

This survey is designed to take no more than five minutes to complete, and your participation is completely anonymous. The results will be used to create a report on the state of autonomy in passenger vehicles.

Thank you in advance for your insights!

Porsche Tests Cars That Drive Themselves Around The Workshop

Under pay scheme, founder must build electric carmaker into $650bn company by 2028 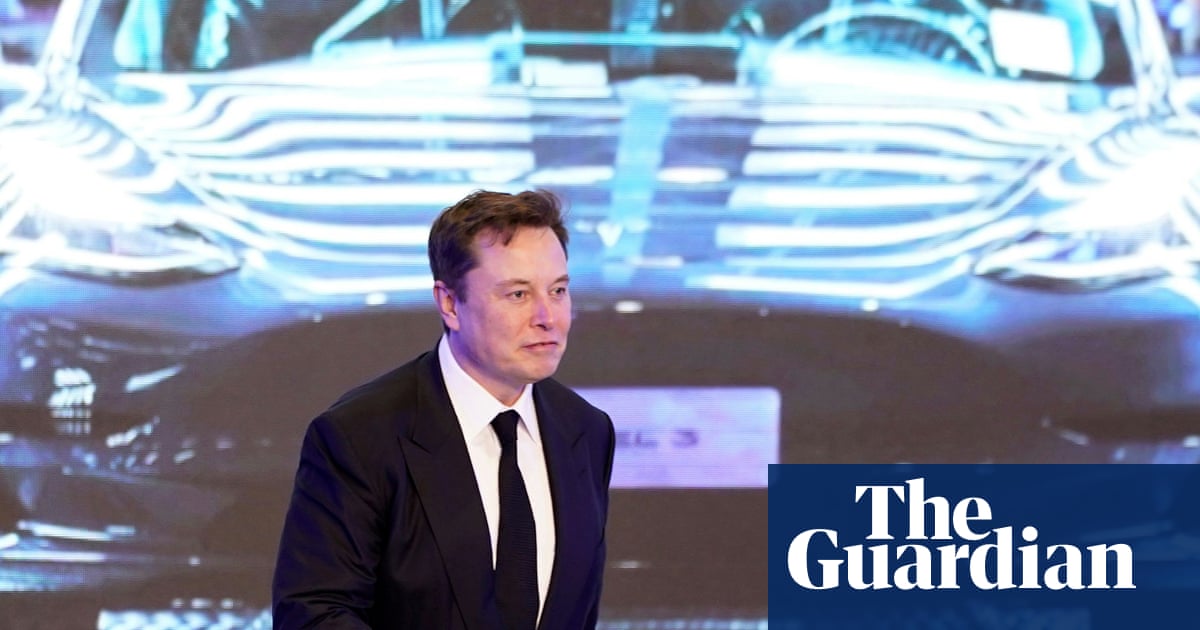 The Tesla founder, Elon Musk, has taken the first step to becoming $50bn (38bn) richer after the value of the electric car company surged past $100bn.

Musk, already a multibillionaire with a net worth estimated at about $30bn, secured approval in 2018 for a pay deal that would dwarf existing records for renumeration if it was paid out in full.

Under the scheme corporate governance experts have described as staggering, Musk must build Tesla into a $650bn company over the next 10 years.

Hitting this landmark would make Tesla one of the worlds most valuable tech companies worth more than seven times the combined value today of automotive powerhouses Ford and General Motors .

Provided Tesla also hits ambitious revenue and profit targets, and assuming Musk remains its chief executive, such growth would also trigger payments in stock worth about $50bn over the course of the scheme.

At the time the deal was agreed in March 2018, Tesla was valued by the stock market at $54.6bn. Its share price has nearly doubled since then, breaking the $100bn barrier on Wednesday.

Improved sentiment about Tesla on Wall Street is partly down to a surprise third-quarter profit of $143m, which bolstered hopes that the company could end its habit of making significant losses.

If Musk can keep the stock market value at above $100bn on average over the next six months, he will be entitled to the first of up to 12 stock payouts, worth around $350m each.

The pay deal is staggered so that he receives further awards for every $50bn Tesla increases in stock market value, up to a maximum of $50bn in shares if the company achieves a valuation of $650bn by 2028.

That is still some way behind trillion-dollar companies such as Apple, the first to reach the Wall Street milestone, and Googles parent company, Alphabet.

Tesla supporters have argued that the way the pay plan is structured will help keep Musk focused on the company at a time when he is also increasingly involved in SpaceX, his space exploration company, and other ventures.

A Move to Make Auto-Safety Features Speak the Same Language

Trick question: nothing. All six of those terms have been used by important auto industry organizations—regulators at the US Department of Transportation, standards developers at SAE International, and influential research organization Thatcham Research—to describe automatic emergency braking systems. If your car comes equipped with Automatic Emergency Braking, it should be able to detect a potential collision in front of the car and automatically apply the brakes to avoid it, or at least to cushion the blow.

Stay in the know with our Transportation newsletter. Sign up here!

Last week, the Transportation Department said it would join an effort to get everyone in the auto industry, including safety advocates, regulators, manufacturers, suppliers, dealers, and of course drivers themselves, on the same page, language-wise. “We want to make sure that drivers are aware that these systems are designed to ‘assist,’ not replace an engaged driver,” Secretary Elaine Chao told an annual research conference in Washington, DC.

The DOT endorsed a standardized list of advanced driver-assistance terminology, released late last year by the National Safety Council, AAA, Consumer Reports, and JD Power, the automotive marketing research company. The list clarifies, for example, that even when using “Active Driving Assistance” features (like General Motors’ Super Cruise, Audi’s Traffic Jam Assist, or Tesla’s Autopilot), the “driver is responsible for the primary task of driving.” Translation: Keep your eyes on the road! Some sort of advanced driver-assistance feature is available on almost all new cars sold in the US.

If you’re confused by the way your car’s new tech works, you are far from alone. Research suggests that people wildly overestimate the effectiveness of driver-assistance features. Thatcham Research surveyed 1,500 people in seven countries in 2018 and found that 70 percent believed you could buy an autonomous car, and 11 percent would be tempted to nap, watch a movie, or read the paper while using a driver-assistance feature. (Do! Not! Do! That!) Undercover researchers with MIT found in 2017 that not all car dealers accurately describe new features’ abilities or limitations to customers. Studies by the Insurance Institute of Highway Safety suggest many drivers don’t understand the range of features like adaptive cruise control, which can adjust vehicle speed when it detects another vehicle ahead. The research also suggests that, without specific instruction, drivers can’t actually tell when a feature like lane-keeping assistance is actually on.

An industry review by AAA found that automakers selling in the US use at least 20 different brand names to market adaptive cruise control; there were 19 names for blind-spot warning systems.

But advanced assistance features also make driving much safer, which is why advocates say it’s important to make sure people understand how they work. Another IIHS study compared police-reported crash data and insurance claims from cars with crash-avoidance tech to those without, and found that cars with forward-collision warning are involved in 27 percent fewer front-to-rear crashes than those without the feature; those with forward-collision warning and automatic emergency braking are in 50 percent fewer crashes.

(What’s forward-collision warning? The document endorsed by the DOT defines it as a system that “detects impending collision while traveling forward and alerts [the] driver. Some systems include pedestrian or other object detection.”)

Having DOT on board with the new definitions won’t by itself fix the industry’s vocab issues, or solve its wide-ranging consumer education issues. The most important players, the automakers who devise and market the names, were absent from the DOT announcement. The Alliance for Automotive Innovation, which represents the automakers that produce almost 99 percent of light-duty vehicles sold in the US, did not respond to requests for comment.

The Feds are working on performance standards for the tech, and their endorsement suggests their language might be consistent within its regulations. “Hopefully we get some commonality when the automakers start complying with those standards,” says Greg Brannon, the director of automotive engineering and industry relations at AAA. He says his and other groups pushing for more harmonization aren’t trying to get carmakers to nix their unique marketing of these features altogether. But wouldn’t it be nice if, say, Jeep were to clearly label its LaneSense Lane Departure Warning-Plus system a “Lane-Keeping Assistance” feature?

Waymo said Thursday it will begin mapping and eventually testing its autonomous long-haul trucks in Texas and parts of New Mexico, the latest sign that the Alphabet company is expanding beyond its core focus of launching a robotaxi business.

Waymo said in a tweet posted early Thursday it had picked these areas because they are “interesting and promising commercial routes.” Waymo also said it would “explore how the Waymo Driver” — the company’s branded self-driving system — could be used to “create new transportation solutions.”

Waymo plans to mostly focus on interstates because Texas has a particularly high freight volume, the company said. The program will begin with mapping conducted by Waymo’s Chrysler Pacifica minivans.

The mapping and eventual testing will occur on highways around Dallas, Houston and El Paso. In New Mexico, Waymo will focus on the southern most part of the state.

Interstate 10 will be a critical stretch of highway in both states — and one that is already a testbed for TuSimple, a self-driving trucking startup that has operations in Tucson and San Diego. TuSimple tests and carries freight along the Tucson to Phoenix corridor on I-10. The company also tests on I-10 in New Mexico and Texas.

This week, we’ll start driving our Chrysler Pacificas and long-haul trucks in Texas and New Mexico. These are interesting and promising commercial routes, and we’ll be using our vehicles to explore how the Waymo Driver might be able to create new transportation solutions. pic.twitter.com/uDqKDrGR9b

Waymo, which is best known for its pursuit of a robotaxi service, integrated its self-driving system into Class 8 trucks and began testing them in Arizona in August 2017. The company stopped testing its trucks on Arizona roads sometime later that year. The company brought back its truck testing to Arizona in May 2019.

Those early Arizona tests were aimed at gathering initial information about driving trucks in the region, while the new round of truck testing in Arizona marks a more advanced stage in the program’s development, Waymo said at the time.

Waymo’s trucking program has had a higher profile in the past year. In June, Waymo brought on 13 robotics experts, a group that includes Anki’s  co-founder and former CEO Boris Sofman, to lead engineering in the autonomous trucking division.

Blockchain and 5G: Greatest Promise Is to Transform the Developing World

Github seems to be a booming space for Blockchain techies! | BTC Wires

The Dark Side of Becoming the ‘Next Bitcoin’