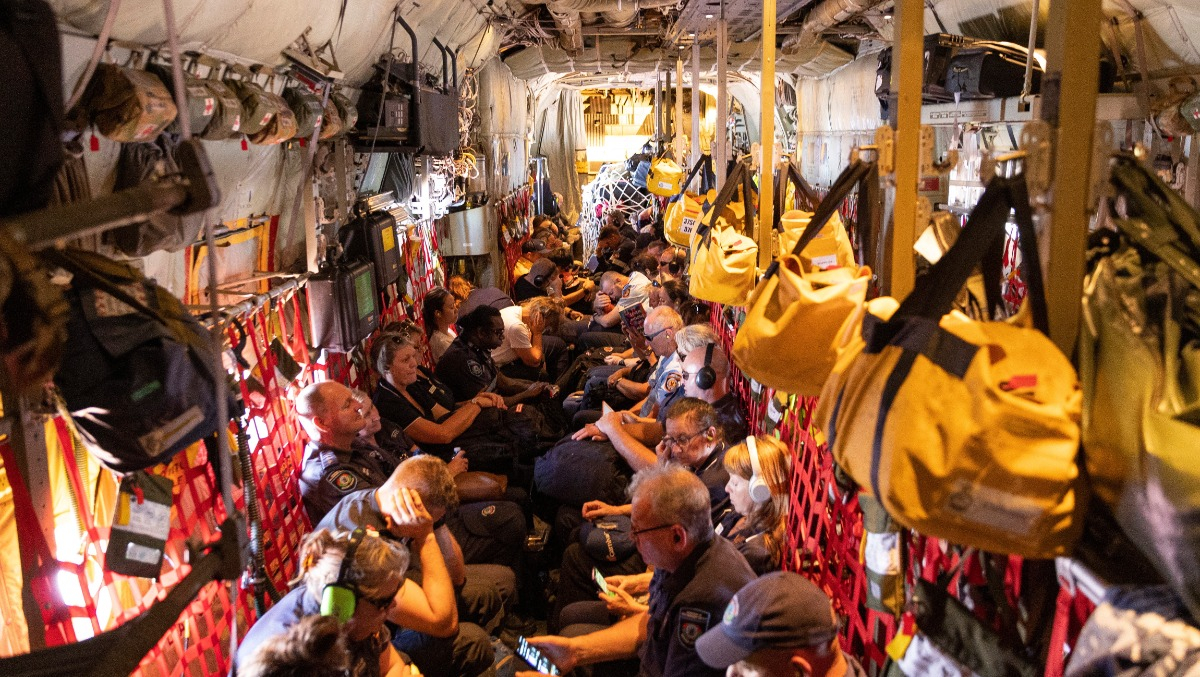 Three MRH-90 Taipans, two CH-47 Chinooks and a Hercules have been deployed to WA to help with the clean-up efforts following “once in a century” flooding in the Kimberley region.

The helicopters are currently en-route from Townsville in the Top End, in a journey that will take over three days. On arrival, the aircraft, crew and support personnel from the 5th Aviation Regiment will work with local emergency services.

Major Jeremy Costello, commander of Task Unit Destrier, said integration with emergency services on the ground was essential to provide assistance to communities.

“This enables us to get out to the right places with the helicopters,” Major Costello said. “We are really proud to have this opportunity again to help the community.”

Major Costello said the team have experience in providing disaster relief. Some of the soldiers have previously deployed on other disaster relief operations in New South Wales,” he said.

“Every time we deploy, we learn lessons. This makes us safer and better equipped to help people in need.”

Meanwhile, a RAAF Hercules has transported a team of more than 50 WA emergency services workers to Broome.

The C-130J picked up the personnel – which included members from the Department of Fire and Emergency Services, WA Police, State Emergency Services and WA Country Health Service – from Perth airport following a request for Defence support from the Western Australian government.

“Without the support of the Australian Defence Force on this deployment, we wouldn’t be able to get to the areas needed to support the teams already up in the Kimberley,” Superintendent Andersen said.

Flying Officer Johnathan Gough, a Combat Systems Officer with No. 37 Squadron, said the weather had continued to present challenges in the aftermath of Ex-Tropical Cyclone Ellie.

“Some of the runways that we’ve been asked to support are currently experiencing severe flooding, and there’s still a lot of cyclonic activity in the area. That makes it quite hard to get into certain airfields,” Flying Officer Gough said.

“The Hercules is particularly well suited to this task because we can carry quite a lot of personnel and equipment, and we can also get into short airfields and remote communities that other commercial aircraft or larger airlift aircraft would not get into.”

Having been manufactured for more than 60 years, the Lockheed Martin C-130 Hercules is the longest continuously produced military aircraft.

Australia obtained its initial batch in December 1958, becoming the first nation to operate the aircraft outside of the US Air Force.

The four-engine turboprop, medium-lift aircraft increased transport capability and reduced reliance on piston-driven aircraft such as the C-47. The latest J variant was first operated in 1999 by the RAAF.

Defence said late last year it was committed to “replacing and expanding” the Lockheed Martin C-130, but the US State Department then seemingly gave away more details of a possible deal when it formally granted permission for the transaction.

If the agreement goes ahead, Australia will acquire the new ‘130J-30’ variant that adds more than 4 metres to the fuselage.