How To Heat Your Home With Bitcoin Mining

This guide walks you through integrating a bitcoin mining rig into your home’s HVAC system, recapturing heat from the process and saving money.

Tiny Tina’s Wonderlands Classes: Which Class Is Best For You?

Voyager Digital to sell its assets to FTX US for $1.4bn

Former Texas congressman Ron Paul says that if history is any indication, the government could still clamp down hard on the crypto markets. In a new interview on Kitco News, Paul says that there could be a repeat of 1934 when the Gold Reserve Act prohibited Americans from holding and trading the precious metal, but […]

Hello gentle readers, and welcome to the SwitchArcade Round-Up for March 18th, 2022. In today’s article, we’ve got several new …

END_OF_DOCUMENT_TOKEN_TO_BE_REPLACED

Startenders is serving up plenty of humour and colourful concoctions.

Tesla CEO Elon Musk is revealing plans to continue holding on to the cryptocurrencies he owns as inflation in the US reaches a four-decade high. Musk says in a tweet that Tesla and SpaceX are feeling the effects of high inflation just like other corporations and households as the cost of living and doing business […]

A chance to swing samurai swords and new updates for Cave Digger 2 are just some of the VR titles on our radar this week.

Friday 'Nite is a weekly Fortnite column that takes a closer look at current events in the wide world of Fortnite, with a special emphasis on the game's plot, characters, and lore.

I have a running joke with some of my Destiny-obsessed coworkers that Fortnite's storytelling merits are on the same level as Bungie's years-long, labyrinthine plot. In reality, they know--and I know--that Epic still has plenty of ground to make up in this regard. Bungie has built an industry leader in terms of merging live-service content and story, and as a Fortnite fan, the hope is one day its own web of intrigue can be given the same care and attention. I love the universe in which Fortnite is set, with its sci-fi themes and carousel of characters. I think Fortnite can stand tall beside Destiny one day as a vehicle for live-service storytelling. But for that to happen, Epic needs to find some consistency in how many proverbial bread crumbs each season leaves behind.

I've been playing Fortnite since Chapter 1, Season 3, but I only got into it in a more meaningful way in Chapter 2, Season 2. Since then, one of the driving factors in my fandom has been the story. The Fortnite omniverse is a fragile one, with villains routinely on the move to swallow the island, control the Zero Point, or achieve some other end goal of tomfoolery.

For over a year, I felt like I was playing catch-up with the story. I needed to read about The Visitor, The Paradigm, and other early members of The Seven before I could understand why The Foundation is so important. Before I could form an opinion on Doctor Slone, I needed to better understand entities like the Imagined Order, Ghost, and Shadow, as well as characters like Midas, Jules, and even Peely, the game's beloved anthropomorphic banana.

It took a lot of nerdy deep dives into wikis, YouTube videos, and Twitter threads, but I'm now at a point where I feel I can explain the plot to others and be a reliable resource--even if I don't always agree with the consensus about what's coming next. Being at the finish line, for now anyway, has also revealed something to me that has nothing to do with the characters or story themselves, but rather a meta issue with the game's storytelling ambitions: They're inconsistent.

Some seasons, such as Chapter 2, Seasons 3, 6, 7, and 8, were loaded with story, while others, like Chapter 2, Seasons 1, 5, and the outgoing Chapter 3, Season 1, were sparse in their lore offerings. I think for Fortnite to take the next level as a live-service game with a meaningful story, Epic needs to find a consistent storytelling "voice."

In my experience, the best season Epic put on with regard to story came in the alien invasion-themed Season 7 of the previous chapter. Each week, players would be given Slone's orders to study the aliens, undermine their invasion, and learn more about what it might take to defeat them. This culminated in the awesome finale event, Operation: Sky Fire, which included betrayal, twists, and character reprisals dating back to Chapter 1. In short, it had stakes. It delivered on its intentions because players were directly involved in the story all season long. 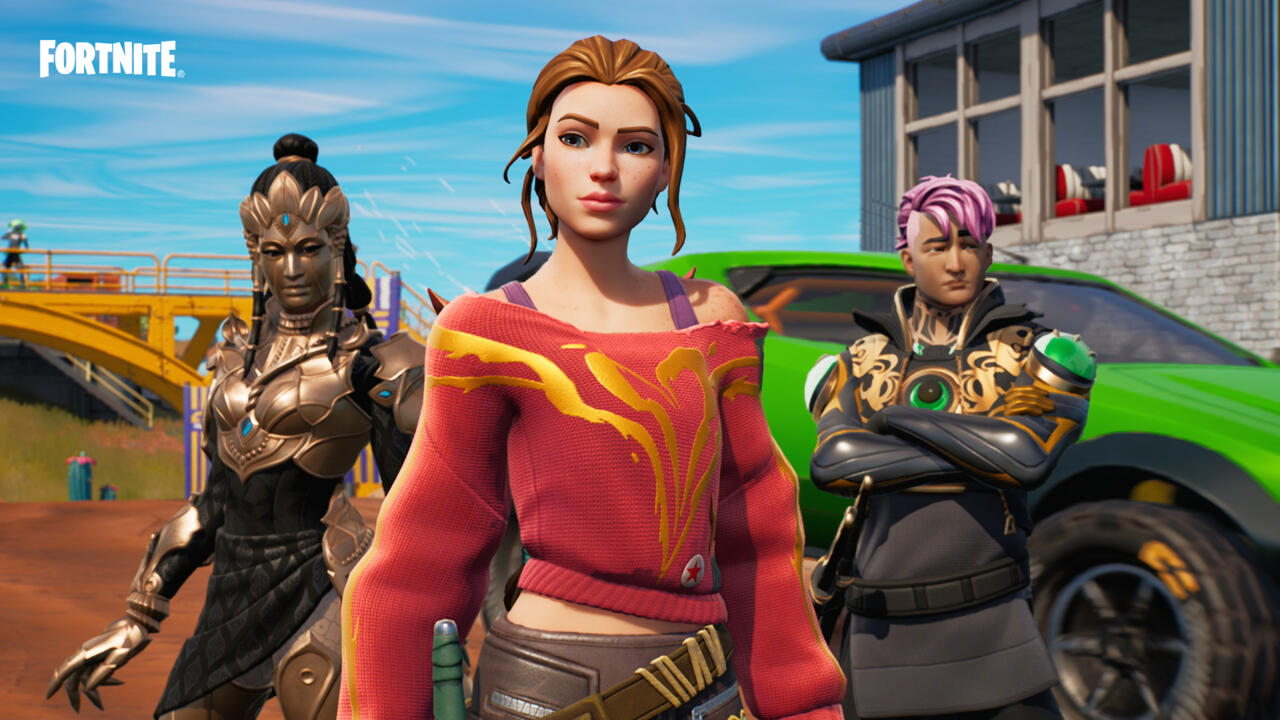 When the battle pass lineup feels randomly selected, it's usually an indication of a season light on plot.

When challenges tie into the story like they did in that season, the plot stays front-and-center every single week. On the flipside, challenges like we've seen this season have tended to have nothing to do with the plot. Hiding in dumpsters? Ziplining around The Daily Bugle? These aren't plot points. They're boxes to check. I love completing my Fortnite challenges every single day, week, and season, but my investment as a player increases exponentially when it feels like I'm tied directly to the ridiculous story myself.

This season's story is just a few sentences long: The IO was stranded beneath the island when it flipped, then they drilled their way back to the surface. Meanwhile, The Scientist has been trying to get the previously ousted Paradigm to help The Seven in their defense of the island. We got a few cool beats featuring Joel McHale's Scientist leaving messages for Paradigm, but these developments came few and far between compared to the game's better story-driven seasons.

While the IO tunneled back to an attacking position and sent literal shockwaves across the island, Epic never really bothered to tell that story. It's there to see should you come upon it, but we lost several landmarks due to faultlines opening--cafes and other buildings disappeared into sinkholes, and players were never led there in the plot. Instead, they were expected to just wonder what happened as they web-swung past these holes in the ground.

This is all leading into what is rumored to be an all-out war between the IO and The Seven in Fortnite Season 2, and maybe that means next season will be another story-heavy season, but it's impossible to know until we get there. After all, who could've predicted that the start of a new chapter would be so light on plot? Fortnite's more than four-year reign atop the gaming world is an enviable position for other studios, and while not faultless, Epic is doing things right much of the time. Gameplay changes, frequent crossovers, and an expanding game mode buffet continue to make the game an ever-evolving success the likes of which we've hardly seen before. But from a plot perspective, Fortnite is still wading in the pools of the ordinary.

There's a huge universe to explore, full of funny characters, epic boss battles, and twists no one sees coming. I only wish fans could rest assured that they'd see that plot develop all throughout the year, and not just every few months or so.

"We've got to remember that today we're getting more new players into VR than we are getting former players." Owlchemy Labs talks designing its most complex world yet in Cosmonious High.

Aliens From Another World Arrive in Fallout 76

Best places for stargazing, a new message for alien civilizations

Excerpts from the Red Folder

The Cycle: Frontier Might Be the Next Big PvPvE Thing

The Cycle: Frontier is a free-to-play PvPvE first-person shooter that, graphically speaking, reminds me of No Man’s Sky and Outer Wilds. I got...

The Gunk’s New Photo Mode is Full of Creative Possibilities