One Piece Odyssey’s release is just around the corner and to give everyone a head start, a demo of this new turn-based RPG is available now on Xbox Series X|S.

When you begin, you’ll see our main cast, known as the Straw Hat Pirates, get sucked into a storm, thrown onto a mysterious island, and separated. They must find each other, meet the locals, and fight off the new enemies they meet along the way. That means we get to see our heroes in action and get hands-on experience with the turn-based combat.

Your favorite pirate crew is all here

Each Straw Hat has their own combat specialty, which are often their iconic moves from the One Piece series. You’ll get to utilize everyone’s unique abilities not only to fight, but to get around the map. During dungeon exploration, use Luffy and his stretchable limbs to pull yourself across the map with Gum Gum Slingshot, or take advantage of Chopper’s small size to crawl through tight spaces.

In each fight, your party members and enemies occupy different positions on the battlefield. This allows you to land close-range, long-range, and group attacks depending on your location, so you’ll have to make sure each Straw Hat is in the right spot to take advantage of their abilities. Thankfully, the game lets you swap party members positions throughout the fight. You can even pull party members into the fight who weren’t on the field. Usopp too close to a group of enemies? Switch him out with Sanji. No healing items available? Have Chopper tap in to take care of damaged friends. Later in the game, you can even harness the power of friendship with “Bond Arts,” a powerful ability that Straw Hats execute together, which you can unlock through side quests.

During battle there’s a chance you’ll trigger a “Dramatic Scene,” which is an extra task to complete in exchange for bonus experience and loot. In a “Dramatic Scene,” you might be tasked with defeating an enemy with a particular member or in a certain number of turns. Completing these gives you a huge boost in leveling and helps you quickly progress through the game. Another way to get ahead in big fights is to eat food items that give you a buff. While you can’t get Sanji’s ability-buffing food in the demo, you can still pick up ingredients that can help you during smaller fights and can be used for cooking better recipes once you transfer your demo save into the main game.

Fans of the series get the chance to jump into an adventure with their favorite crew and and fight iconic enemies from some of the team’s biggest battles. You also get to experience a new world with new characters, some designed by One Piece creator Eiichiro Oda himself! Even if you’ve never seen the One Piece anime or manga, the game will be a great first introduction as you get to discover what it means to be a Straw Hat Pirate and get a taste of life on the Grand Line.

If you’re curious to try out the first One Piece turn-based RPG, you can download the One Piece Odyssey demo today! Your progress in the demo transfers to the full game, but make sure to pre-order to secure even more bonuses for when it’s released on January 13. 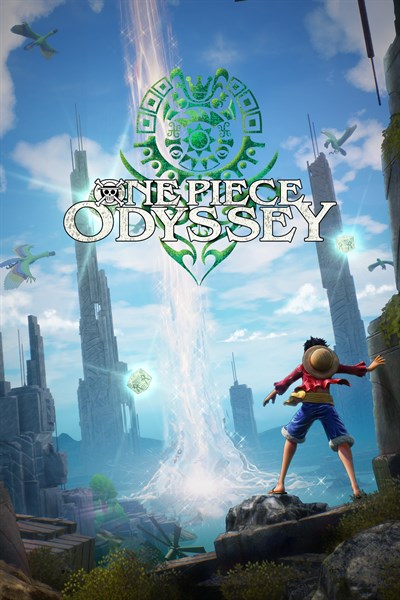 ☆☆☆☆☆
★★★★★
This set features useful items and the additional costume Traveling Outfit Set, all of which can be used in-game. Includes:
• Energy Apple x 10
• Excite Apple x 10
• Golden Jelly x 3
• 100,000 Berries
• Traveling Outfit Set (Luffy, Zoro, Sanji, Usopp, Nami, Chopper, Robin) *Full game is is required. Please update to the latest version before use.
*Please note that bonuses may be distributed at a later date.
*Contents and specifications are subject to change without notice.
*Some scenes and performances in the game may not reflect the costume changes. *Bonuses can be obtained from the start of the game. A new RPG from the hugely popular manga and anime series ONE PIECE, commemorating the 25th anniversary of the series! The famed pirate, Monkey.D.Luffy, better known as Straw Hat Luffy, and his Straw Hat Crew, are sailing across the New World in search of the next island and the next adventure that awaits them.
But during their voyage they are caught in a storm and shipwrecked. They find themselves washed up on a lush tropical island surrounded by constantly raging storms… Separated from his crew, Luffy sets off on a grand, new adventure to find his friends and escape the island!
Dangerous new enemies, terrifying forces of nature, and more await them! Play as various members of the Straw Hat Crew in a classic RPG set in the world of the popular ONE PIECE anime! *In addition to this product, ONE PIECE ODYSSEY Deluxe Edition and other digital content is also available. Take care to not make duplicate purchases.