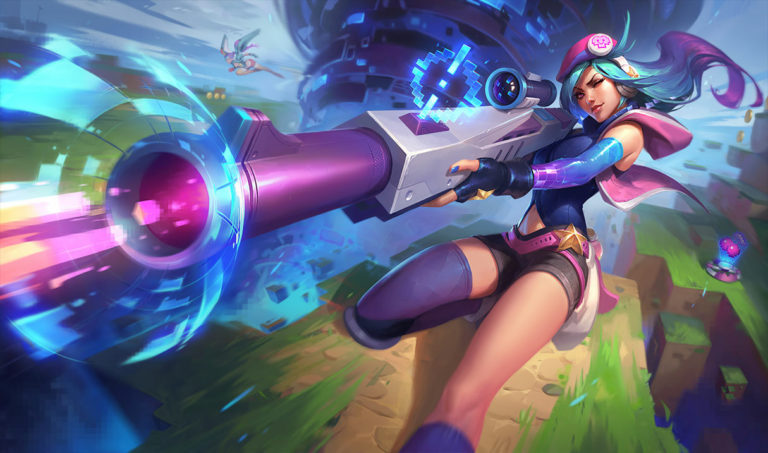 The League of Legends gameplay design team went into extensive detail regarding upcoming buffs to several champions in today’s preview of Patch 11.15.

The patch preview outlined buffs for a slew of champions coming in the upcoming patch, with changes slated to be dealt out to 10 different champions across all five of the game’s roles. Buffs are on the table for several engage-heavy support champions such as Rell and Blitzcrank, the latter of whom is receiving a massive damage buff to Rocket Grab (Q). Other bottom lane champions including Caitlyn and Xayah are also receiving buffs, with Caitlyn set to receive a 20 percent increase to the Attack Damage ratio on Piltover Peacemaker (Q).

Xayah will receive a huge reduction to the cooldown on Featherstorm (R). The ability, which currently has a 130-second cooldown at rank three, will only be on a timer of 100 seconds in Patch 11.15.

Other champions slated to receive buffs in Patch 11.15 include Ability Power mages such as Cassiopeia, Kennen, and Syndra, as well as jungle champions like Nidalee and Shyvana. Mordekaiser is also set to receive several buffs to the cooldown and total damage threshold of Indestructible (W).

Riot also mentioned that changes to the newly-reworked Dr. Mundo are on the table, but “more investigation is needed” regarding the champion, and that the League developers are going to wait until Patch 11.16 to make any dedicated changes to Mundo.

League Patch 11.15 is scheduled to be released on live servers on Wednesday July 21, according to the game’s official patch schedule.

What is the Nightfall Weapon this week in Destiny 2?

Call of Duty: Mobile is making Activision a lot of money. In its Q2 financial results and earnings call, Activision Blizzard revealed that the game is “on track” to cross $1 billion in consumer spending for the year.

This growth is particularly due to the game’s release in China and regular seasonal content in the West. CoD: Mobile was released in the lucrative Chinese market on Dec. 25, 2020.

The post CoD: Mobile is ‘on track’ to make more than $1 billion in 2021 appeared first on Dot Esports.

League players attempt to set record for largest shield on one champion with over 38,000 shielding

If you’re trying to set a world record, maybe all you need is a whole bunch of patient friends and a ton of time on your hands. In the case of this group of League of Legends players, they were determined to set the world record for the largest shield on one champion.

After much deliberation, they got a shield that was just over 38,000 strong, but it took them multiple tries and plenty of experimentation. You won’t be able to achieve this supershield in a regular game, but it’s still fun to see this massive shield on an unkillable Sett.

The post League players attempt to set record for largest shield on one champion with over 38,000 shielding appeared first on Dot Esports.

A Cypher player discovered an excellent setup for B site on Ascent that can help defend the site and secure a few easy kills.

Using abilities effectively in VALORANT can easily determine the outcome of a match. Players who are unprepared for an enemy push can be overwhelmed and die quickly or be forced to retreat. But setting up a strong defense can help you hold the site or at least buy time for your teammates to rotate. For example, VALORANT player khemyc uploaded a short clip explaining how to use Cypher’s ability to easily hold B site on Ascent.

Following its financial report for the quarter that ended on June 30, Nintendo announced that it’s buying back more than $900 million in its own shares after seeing a dip in operating profit.

The company wants to “take advantage of favorable cash position” that has been generated through record sales for the Nintendo Switch to buy back up to 1.8 million shares and cancel them out of its current stock offerings.

The post Nintendo set to buy back more than $900 million in shares following profit dip appeared first on Dot Esports.

Everything you should know about Coinbase

CryptoHawk Provides Subscribers 2-month Returns of 44.5% on BTC and 22.1% on ETH

How to win the war on betting

How to master poker

Had Enough of Crypto? Here are Some Alternatives!

To sell EVs, are automakers ready to ditch dealerships?

Green bonds are beating all expectations in the post-pandemic recovery

You’ve set a bold climate goal, so now what?

From Around the Web: 10 Awesome Stories About Bitcoin

What is Service Desk?