Pokémon Go finally brings the elusive Kecleon to the game 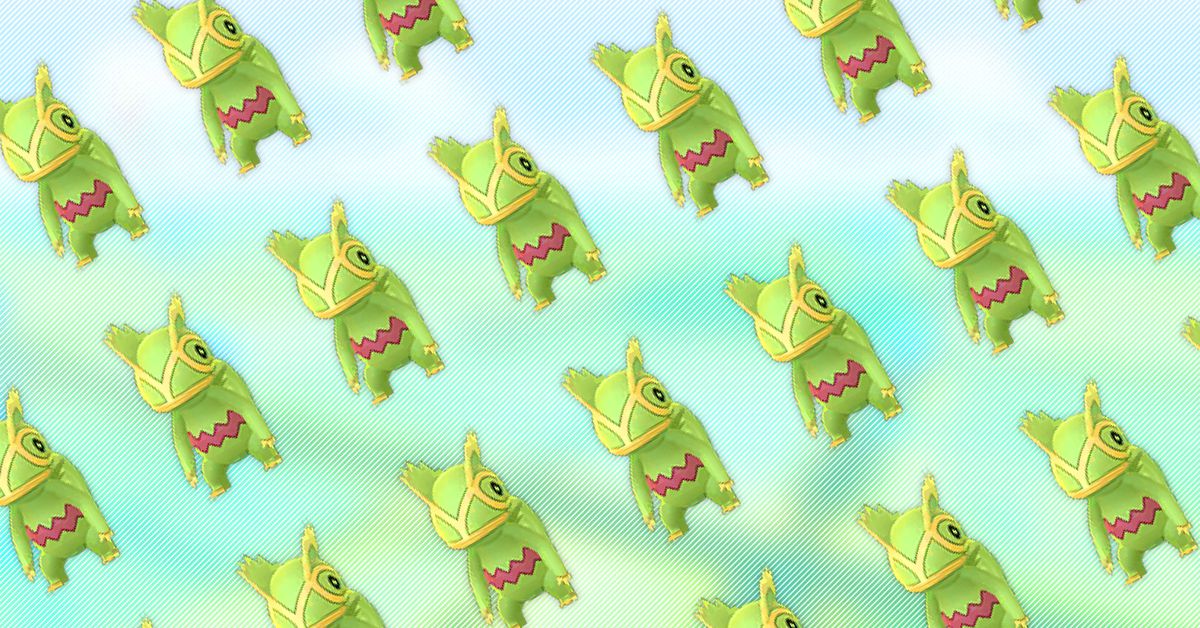 After a five-year, two-month wait, and with surprisingly little fanfare, Pokémon Go developer Niantic has finally brought Kecleon to the mobile gotta-catch-’em-all game. Kecleon is available to catch in Pokémon Go after the conclusion of Saturday’s Chespin Community Day, which runs from 2-5 p.m. local time.

Players in countries like New Zealand and Australia, where Chespin Community Day has already come and gone, reported being able to catch Kecleon after the event concluded. Kecleon appears to be somewhat rare in Pokémon Go, appearing only at some PokéStops.

The arrival of Kecleon is a big deal for Pokémon Go completionists, who have not been able to complete their Hoenn Pokédex to date. Kecleon has been an unusual holdout, even by Pokémon Go standards. Pokémon from the Hoenn region — introduced in Pokémon Ruby and Sapphire — were originally added to the mobile game starting in October 2017. Since then, 134 Pokémon from Hoenn have been rolled out in Pokémon Go, with players waiting 1,908 days for the 135th to complete their regional Pokédex. No longer will players see that giant, glaring “352” in their Pokédex.

Pokémon Go players have pestered Niantic about Kecleon, aka the Color Swap Pokémon, for years. The developer has typically responded to questions about Kecleon’s absence by saying it was waiting for the right time and the right implementation to bring the Normal-type Pokémon to Go. Just last year, live game director Michael Steranka told USA Today, “In the main series games Kecleon has a very unique ability. There are certain Pokémon that we want to make sure we want to do right. Before we introduce Kecleon to the world, we want to make sure that the way we introduce it is special.”

So, how did Niantic make Kecleon’s debut in Pokémon Go… special?

How to catch Kecleon in Pokémon Go

After Chespin Community Day wraps, players will find Kecleon at PokéStops, seemingly randomly. Players will have to tap on a PokéStop to see if Kecleon is there; the Pokémon will be barely visible, but its signature jagged red marking is unmistakable. When players attempt to spin a PokéStop disc with a Kecleon on it, they’ll receive the message, “There’s an invisible obstacle in your way. It’s preventing you from collecting items…” Tapping the Kecleon will make it “hop off” the PokéStop disc and appear on the game’s world map. Kecleon can then be caught like any other Pokémon Go encounter, though you’ll need to be close to the PokéStop to see it.

Now that we can (and know how to) catch Kecleon, the other obvious question is… what took so long? That’s something Niantic has yet to comment on, but Kecleon’s long-awaited appearance in Pokémon Go arrives at a seemingly strange time. Kecleon skipped the Hoenn Throwback Challenge in 2020 and the Hoenn Celebration event in 2021, and some players were expecting the Pokémon to show up at Pokémon Go Tour Hoenn next month in Las Vegas. But ticket holders and attendees for that event may get access to another coveted catch, Shiny Kecleon, which is not yet confirmed to be in Pokémon Go.