VR YouTuber The Mysticle today tweeted images of Android apps listed in their Quest 2 library. According to the tweet, the apps appeared under the preview apps section of the store, which is primarily used for early access to native Quest apps, perhaps for multiplayer betas, Q&A testing or other reasons.

This was brought up on our discord today and I just had to check it out to make sure it was real. It sure is! These are under preview apps in the store. The developer name in info is “Android Apps For Quest” and the website seems to be Oculus. Are they finally adding popular apps pic.twitter.com/aUuTuTowLz

Images included in the tweet show popular apps like Zoom, TikTok, Spotify, Candy Crush and even Among Us sitting in the library. What they don’t show is any of these apps actually being used. Facebook declined to comment on the validity of the images, or if Quest might be getting Android app integration anytime soon.

Of course, Quest runs off of a version of the Android operating system, so it’s feasibly possible that the platform could run these apps. Presumably, they’d appear as 2D virtual windows you could interactive with by using your Touch controllers as pointers.

Why would you want to do that? Well, aside from accessing games and apps on your Quest 2, features like this could be very beneficial to Facebook’s Infinite Office app on Quest 2, which lets users get work done inside VR.

Quest wouldn’t be the first headset to support Android apps. Google and Lenovo’s Mirage Solo was able to run them with some simple tweaks in the headset’s backend. That was a Daydream headset, though, so it doesn’t really count.

Would you use Android apps on Quest? Let us know in the comments below!

République was the studios’ first title when it launched in 2014 and was subsequently brought to Steam and PlayStation – although it is now delisted on the PS Store. Camouflaj then brought out République VR for Gear VR, followed by Oculus Go and Oculus Quest.

By the sound of it République: Anniversary Edition for PlayStation VR won’t be utilising the previous VR version as this new edition has been rebuilt for PlayStation by Camouflaj’s development partners Skymap Games. There aren’t many details regarding how the anniversary edition will be different other than it’ll feature commentary: “revealing new secrets about the game’s tumultuous development,” says the press release.

With Limited Run Games handling the launch PlayStation VR owners will be able to pick up République: Anniversary Edition as a physical copy through their website, as well as finding it digitally via the PlayStation Store. A release date has yet to be confirmed.

République is a stealth-action videogame that explores the perils of government surveillance in the internet age. With over 10 hours of gameplay, you control the fortunes of Hope, a woman trapped inside a mysterious totalitarian state who must hack her way to freedom.

Stay with us as VRFocus continues its E3 2021 coverage, and as further details for République: Anniversary Edition are released we’ll keep you updated.

Later this month Blaston is adding a single-player campaign to its dueling shooter with an intense boss fight.

The Crackdown update to Blaston arrives June 21st. It was announced during the Upload VR Showcase. Check out the details in the video below with a sneak peak at at the boss:

Until this update, Blaston has been a multiplayer shooter that’s a bit like a cross between Ironlights and Wands. The player is restricted to a small platform in which you need to dodge slow-moving projectiles sent by the other player. It launched in October last year on PC VR and Quest with strong reviews. Alongside the new single-player campaign, Resolution is also adding more depth to the world around the core gameplay, with a token system and a new area to find and unlock.

Blaston comes from Stockholm-based Resolution Games which is building out a slate of multiplayer VR games. They’ve launched incredible tabletop role-playing game Demeo (which is also getting a new campaign this month) as well as cross-device asymmetric title Acron: Attack of the Squirrels, frantic kitchen game Cook-Out: A Sandwich Tale, as well as Angry Birds VR and more.

Resolution revealed earlier this year the studio saw a 500% boost in downloads across all of their VR titles after the Oculus Quest 2 launched.

You can find Blaston on Steam and the Oculus Store.

All I Want: The stories behind Portuguese female artists 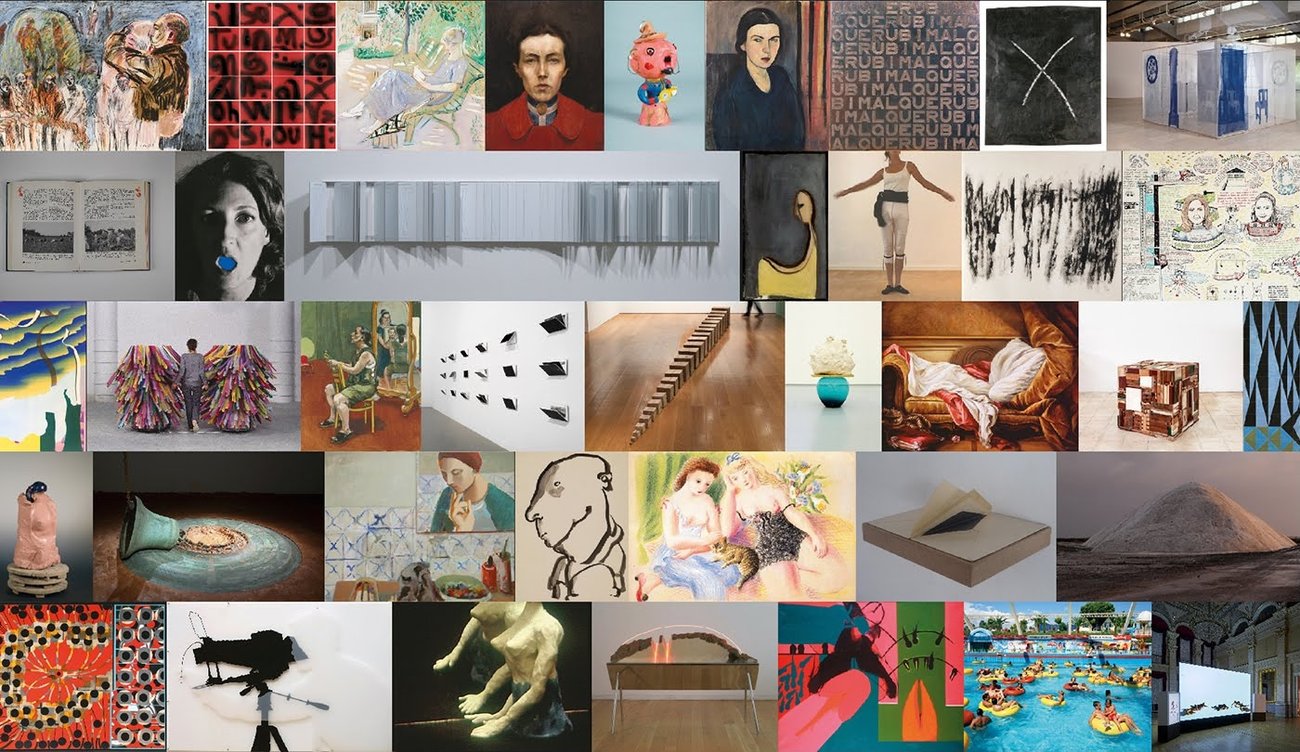 The stories are divided into topics that will take people through a journey that spans from understanding generations to considering the place of women in art history, as well as discussions about the body and literary production. The curators, Helena de Freitas and Bruno Marchand, worked to make sure this exhibit would not only fill a gap in the art world, but also explain why this disparity started in the first place.

All I Want is an initiative of the Ministry of Culture, in partnership with Calouste Gulbenkian Foundation, presented on the occasion of the Portuguese Presidency of the Council of the European Union 2021. After its period in Portugal, the physical exhibit will travel to France, but on Google Arts & Culture this project will be preserved and able to reach every corner. In my ideal world, every female artist would have recognition and space for their art. For now, I am happy we are starting with these exceptional Portuguese women artists and I hope this inspires other institutions in the world.

Sniper Elite VR is ramping up for release on all major VR headsets on July 8th, and we’re steadily getting a closer look at the game from developer Rebellion. In the last week the studio has dropped a new gameplay trailer and a breakdown offering fresh details about the game.

Rather than a port, Sniper Elite VR is a brand new made-for-VR title based on Rebellion’s long-running Sniper Elite franchise. In a recently released breakdown video, the studio confirmed that players won’t be playing as the series’ usual protagonist, Karl Fairburne, but instead will be stepping into the shoes of an Italian soldier who is recounting his harrowing war stories.

The video further explains that the game will have 18 missions, and the studio is promising replayability as players will be able to decide if they want to be stealthy or go in guns ablazin’. On that note, beyond being able to use sniper rifles, SMGs, pistols, shotguns, and explosives, it looks like melee will be a possibility too, as long as you can find a hammer to crack skulls.

What do you know—a perfect transition to talk about the game’s famous skull-shattering X-ray kill cam, which will indeed be included in Sniper Elite VR, albeit in a more comfort-friendly way. While non-VR versions of the game would have the camera follow the bullet all the way to the target, it looks like the VR version will use some smart cuts to make the transition less jarring while still giving you a close-up of the gruesome destruction.

Rebellion is also promising a range of locomotion options including smooth movement and teleport.

The studio also recently revealed another fresh, but brief, glimpse of Sniper Elite VR gameplay, but it’s an age-restricted video so you’ll have to go directly to YouTube to check it out.

Sniper Elite VR is set for a July 8th release date on all major headsets: Oculus Quest/Rift, PSVR (with Aim support), and SteamVR.

From green energy to cybersecurity, Citi names ‘unstoppable trends’ that investors can jump on