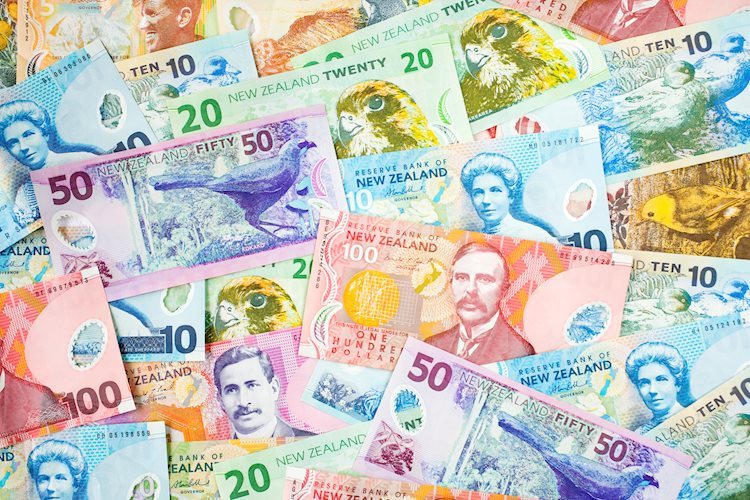 NZD/USD stays firmer around 0.6325, the highest level since mid-August, after higher-than-expected China activity data during early Thursday. In doing so, the Kiwi pair defends the recent upward trajectory backed by the broad-based US Dollar weakness and risk-on mood.

Earlier in the day, the NZD/USD pair cheered the broad US Dollar weakness amid the risk-on mood and recently dovish bias of the Federal Reserve (Fed) officials, including Chairman Jerome Powell.

On Wednesday, Fed’s Powell stated that it makes sense to moderate the pace of interest rate increases while also suggesting that the time to slow the pace of rate hikes could come as soon as the next meeting in December. On the same line was a member of the Fed Board of Governors Lisa D. Cook who praised the inflation data to signal that the Fed would likely take smaller steps as it moves forward.

It should be noted that the recently easing virus-led activity controls in China and downbeat US data also weighed on the US Dollar the previous day. That said, the US ADP Employment Change data for November as it marked the lowest readings since January 2021 with a 127K figure for November versus the 200K forecast and 239K previous readings.

Alternatively, a recent increase in the US inflation expectations, as per the 10-year and 5-year breakeven inflation rates per the St. Louis Federal Reserve (FRED) data. Additionally, the downbeat comments from US National Security Adviser Jake Sullivan also challenge the market sentiment and the NZD/USD buyers.

Even so, S&P 500 Futures print mild gains and the equities in the Asia-Pacific region grind higher by tracking Wall Street gains. Further, the US 10-year Treasury bond yields remain pressured around 3.61% after refreshing a two-month low the previous day.

Looking forward, risk catalysts could entertain NZD/USD pair traders but major attention will be given to the Fed’s preferred inflation gauge, namely US Core Personal Consumption Expenditure (PCE) Price Index for October, expected 5.0% YoY in October versus 5.1% prior. Also important to watch will be the monthly prints of the US ISM Manufacturing PMI for November, expected 49.8 versus 50.2 prior.

A six-month-old resistance line, near 0.6330 at the latest, appears the key hurdle for the NZD/USD bulls to cross to keep the reins. Otherwise, a pullback towards the 200-DMA level around 0.6235 can’t be ruled out.

Silvergate probed by US prosecutors over FTX, Alameda accounts: Bloomberg

Ethereum Price Looks Ready For Another Leg Higher Over $1,700