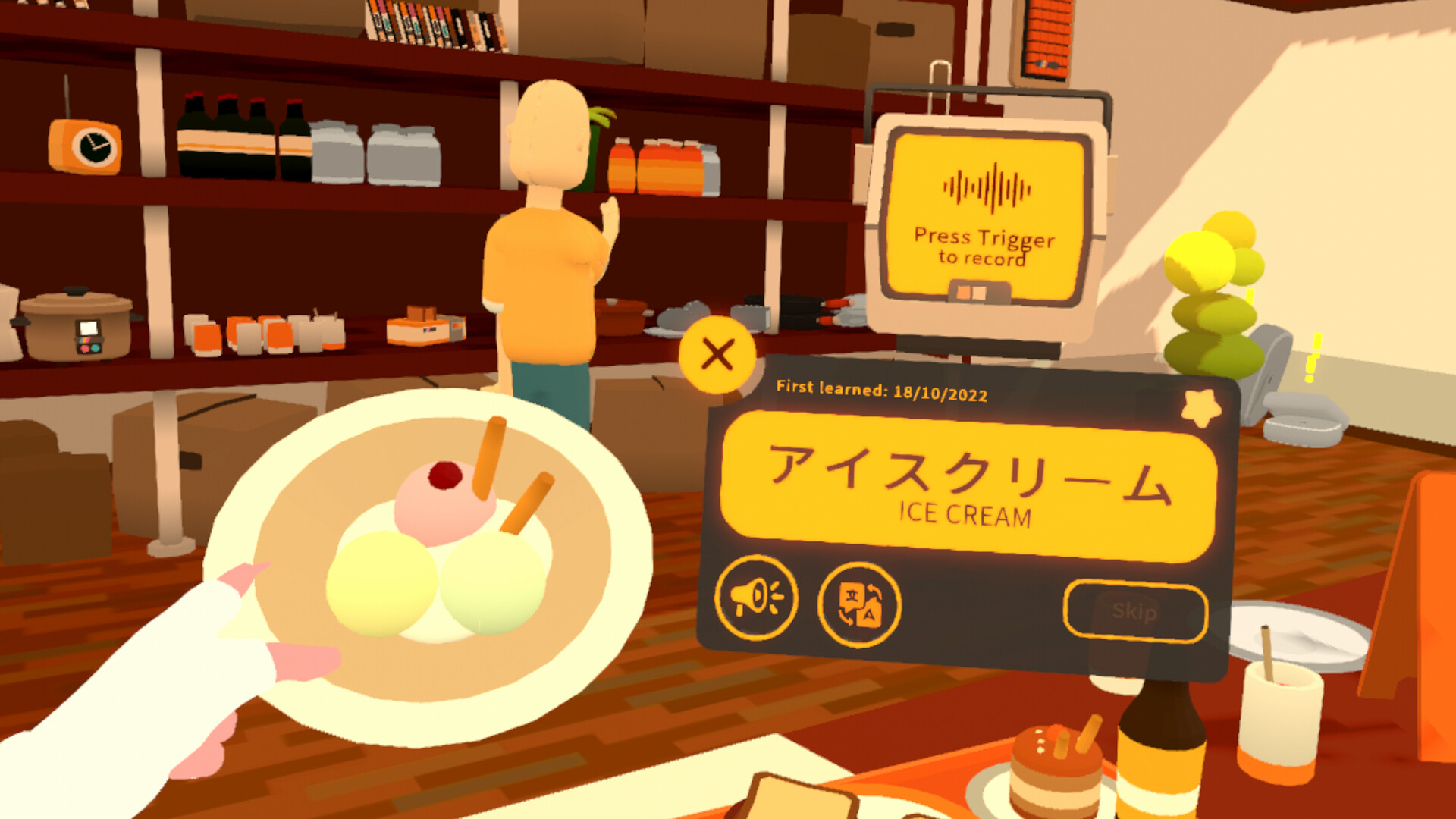 Learning a foreign language typically requires some level of full immersion, meaning you spend a significant amount of time interacting with the target language in order to make the sort of transformative gains that allow you to function effortlessly in normal, everyday situations. That’s where Noun Town comes in, a gamified VR app that offers basic immersive instruction in six major languages, letting you interact with over a dozen NPCs who speak the lingo.

Ideally, the fastest way of acquiring a new language is by mixing with native speakers on a daily basis, although that can require significant life changes like moving to a foreign country, or constantly engaging with language partners online. Getting face-to-face with a native language speaker is also probably one of the most anxiety-inducing things to do as a beginner, which is where Noun Town looks to ease things.

Noun Town includes basic instruction in Japanese, Chinese, Spanish, French, German, and Italian. This includes stuff like numbers, greetings, questions, colors, and phrases to get you started on your language learning adventure.

The app, which features 1,000+ words and phrases in each target language, is all about learning by doing, as 16 voice-activated characters offer up basic conversations. Including seven mini-games, your overall objective is to bring color back to the island as you learn, developers realiaXR say.

Noun Town is now available on the Quest Store for $15, and is also set to launch on PC VR headsets via Steam on December 15th. There’s already a Steam demo available, which includes a good slice of the app’s reported “50+ hours” of content.