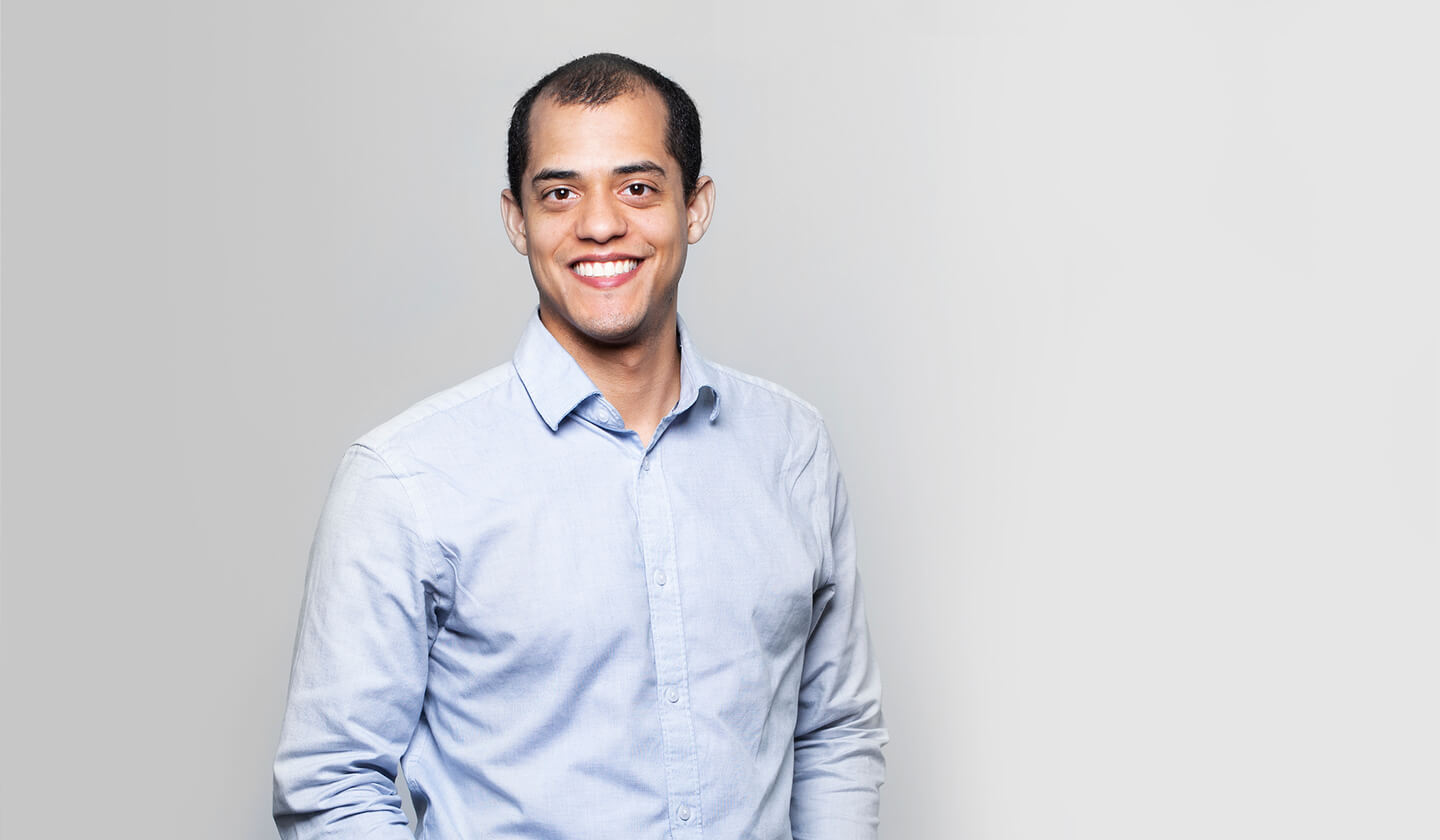 Pemo: Welcome, Michael. So pleased to have you on the show today. I was wondering if you could tell me a bit about Octane, which you founded and is doing very well I see. And also about Runa Capital, where you are a venture capitalist.

Michael Fanfant: Yes, happy to. So, Octane is a company I started with my co-founder Jason. We’re a lender in the power sports space, primarily in the US, so lend money to consumers that buy motorcycles, jet skis, snowmobiles, ATVs. It’s been a great journey today, I was co-founder and COO, and today I’m just a board member and primarily a VC at Runa Capital where I invest mostly in FinTech, primarily in the US but we do global investments half year, half the US as a firm. And I’ll look at FinTech globally. So happy to dive into any of it a bit more. The founder journey I think definitely helps prepare, at least helped prepare me to be an investor and work with founders more closely.

Pemo: And I love the fact that you are an empathic investor. I’m a Tibetan Buddhist and definitely that is a high octane quality in life. Do you want to talk a bit about that?

Michael Fanfant: Yeah, so I think this is something that often is overlooked in the venture capital world, or at least it’s not talked about enough. We’re dealing with founders who are on this incredibly difficult journey. Starting a business is by no means easy, it’s incredibly time-consuming, right? They’re putting in their money, their time, building something, trying to motivate a team, keep everybody in good spirits, but also take something that hasn’t existed before and create it from the ground up. And that journey is extremely stressful and difficult and there are really high highs at times and really low lows. And I think through all of that journey as an investor, our job is to not only provide capital, but be a source of support and comfort for founders and try to help them navigate not only the business, but their journey, their emotional journey as founders, as founding teams, right?

Working with each other, dealing with whatever their struggles may be as a company, as an individual, as a team. And with that, I think, yeah, you really hit the nail on the head, empathy is an incredibly important characteristic for an investor. We are here to be an ear for founders as they navigate this journey. Sometimes that means providing advice on how to go to market or how to interview your customers to build a better product. And other times that means listening to them as they struggle with really challenging team dynamics or struggle to fundraise.

And I think, in particular in this environment we’re seeing, the macro environment, where fundraising gets a little bit harder. Public company valuations are down and maybe private companies will have to be doing more and more down rounds and there will likely be quite a few companies that are unfortunately going out of business in the next year, two years. And that’s something you always are seeing as an investor. Just think it’s incredibly important to be empathetic to the founders and understand and provide as much of that emotional support as you can to them as they navigate what is always a challenging journey, even when things are going perfectly.

Pemo: And when a founder comes to you to pitch, what is the main quality that helps you recognize that this is going to be a good investment?

Michael Fanfant: Yeah, I think what I’m looking for in a founder is, I guess from a qualitative standpoint, is someone who is confident in their idea, their approach, has done the research to understand their industry or their product, their customer base, and can convince us of all of those attributes, but is also open to be guided and led by the data. They will learn the data, their teams will learn their experiences and listen to the people around the table. By no means are all investors correct in every piece of advice they give you. But over time, as we are really forming a partnership between investors and founders over this hopefully 10 plus year journey to build really, really big companies, you want to be able to work with each other. So I think forming that relationship, that stable, positive relationship where you can both talk about what you’re seeing going well, what you see not working well, and be honest with each other on what is happening in the business is super important.

And not every founder has that at day one. Sometimes you learn and grow into that, but ultimately from a founder or founding team, I think that’s a characteristic that I really look for is people who I want to be around for that 10 year journey and partner with and hopefully they want to partner with us. That’s a goal of ours as well. But they have to be able to have that intellectual honesty is maybe a good phrase, a good way to put it. When they are listening and learning and looking at what’s happening in their business, you can’t always be rose tinted glasses at everything. Sometimes there are going to be really hard learnings and lessons that we need to take to heart and make changes. And also, you know, you can’t always be pessimistic and so negative that your team and your customers aren’t excited about the amazing work that you’re doing. So I think that intellectual honesty from a founding team about what is really working and not working about their business is something that I really look for in founders.

Pemo: It is smart money after all, isn’t it? It’s not just money. Could you tell me what your opinion is of what’s happened in the market as 2021 was very hot and obviously we’ve seen a big downturn in the past year. What’s your view on where we’re headed and also what’s happened?

So I think we’ll continue to see that trend. A lot of the really public popular blog posts of the past couple months have talked about the need for startups to increase their runway, whether that’s through cutting costs, slowing growth, right? Give themselves more runway to maybe ride out whatever bumps in the market we’re seeing, right? This kind of two years of runway from today some people are advising for. I think all of that is great, unfortunately, it doesn’t really help the companies that have less than a year of runway. There’s only so much you can cut sometimes when you’re a still early stage company. The later stage companies may be in a little bit of a better position to kind of weather the storm. But we’re definitely seeing these valuations come down. I think one of the complications as we’re still reasonably early in creating this new normal and experiencing this new normal is there’s not a lot of agreement with firms as to what the new evaluation benchmarks should be.

We’ve seen a couple blog posts talk about it, but I think generally, the market is still trying to figure that out. And I’d expect over the next kind of six months, 12 months, we’ll definitely get a lot more data as to what is the right revenue multiples or right valuations for companies at different stages. But that’s going to take a little bit of time to work through the system. So I think that’s part of the reason people are advising founders and startups to give themselves some more runways. It’s just going to take a little bit of time to figure out what is a fair valuation. Not everybody is looking for the best valuation, right? It’s probably unlikely a lot of these companies are going to see valuations from 2021, but as long as the market kind of knows what is a fair deal in this market, then we’ll start to see some of that investment volume pick back up. Maybe it won’t hit 2021 numbers, but it’ll be easier for firms to use their dry powder to do deals as people are more confident in what those valuations are.

Pemo: So why do you think it became so over-inflated in 2021?

Michael Fanfant: Yeah, I think on the private market side, it’s pretty easy to correlate it with the public market stocks, what we were seeing there, particularly in FinTech. The run up of prices for public market companies after all the COVID stimulus happened was pretty astonishing. And private markets do reflect some kind of public market values. It’s where you get your revenue multiples, you understand what is top tier company growth. And so I think that’s why we saw a lot of what happened in 2021. Obviously people were very fearful at the beginning of COVID and governments around the world stepped in with quite large stimulus packages that managed to keep the global economy doing really, really well and people on a normal day-to-day level with the use of zoom exploding, we saw how technology could really just transform industries.

And I think a lot of people thought that there was kind of a forever shift at that point in time for digital, for technology businesses to change the way we lived. Some of that has held true. I think generally software continues to be underutilized and the opportunities continue to be enormous to revamp different industries that have yet to see tons of change. But, we’ve definitely seen people go back a little bit more to in-person work and some of the transformation hasn’t happened as quickly as people predicted.

Pemo: So tell me, what kind of FinTech startups are you interested in?

Michael Fanfant: Yeah, I think this is one where we’re always looking for new ideas, new industries. But, at the moment, I’m spending a lot of time looking at B2B infrastructure companies, people that are building tools for other businesses, spending much less time on consumer FinTech personally. So looking for companies that can change other industries by providing services to others.

Pemo: Fabulous. Michael, what a delight to interview you today. And I really wish you all the best and look forward to speaking to you a bit down the line.

Michael Fanfant: Awesome. Yeah, thank you so much for having me. It was a pleasure.