Las Vegas or Atlantic City: Things to Consider when Choosing between These Two Gambling Paradises 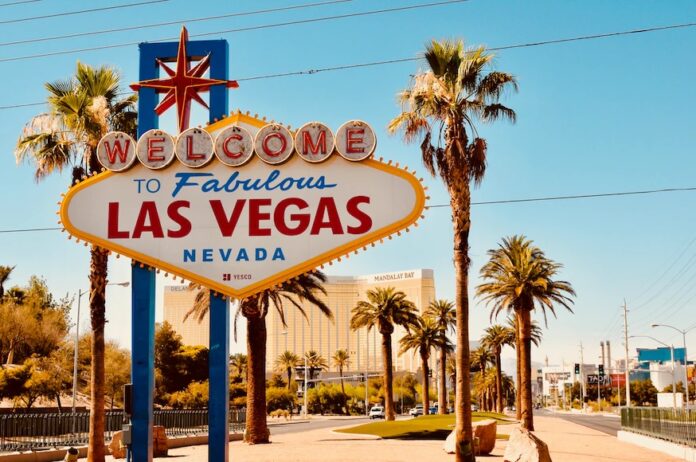 If movies have shown us anything it’s that for those who want to gamble or generally party like there’s no tomorrow there are two places in the States they would go to. It’s either Las Vegas or Atlantic City. We see characters going to one of these two places to gamble, drink, party, and see some amazing artists perform. They even make questionable decisions like deciding to get married at the spur of the moment.

Beyond movies, we’re sure you’ve heard people’s experiences from both Sin City and America’s playground, and you know the motion pictures are not wrong. So, when it’s your turn to visit, how will you decide where to go? Or at least where to go first? Even their nicknames are equally promising, therefore it won’t be an easy decision.

In an effort to help you, we gathered here three things you should consider when making a decision. These are made to put your own character and point of view in the center of decision-making, because the idea is to find what’s best for you, not which place is better in general.

Moving to and around

Before anything else, we suggest you consider how far away you are from both cities. And we don’t mean just the actual miles. What we think you should consider is what are your options to travel, how long it will take, and how much it will cost you.

For example, if for both places you need to use a plane, check all the possible flight options as well as prices. Airlines can be weird in a way, as you probably know, so sometimes a combination of two flights will cost less than just the direct one. Even if the latter is to a closer destination.

Also, you may simply want to go to the city that is closer to you. But if that would mean going by car or bus. If you would prefer the plane no matter the distance, consider going to the one that gives you that option.

Once you arrive, it’s important to know that moving around Las Vegas and AC is different in many ways.

First off, let’s say that for Nevada’s gambling paradise, you need a car, period. It’s very big and scattered, so no other type of transportation will give you the ability to move around freely and see and try everything. So, if you like driving around, maybe even in a car specially rented for this adventure, like an old timer, you know where to go.

On the other hand, Atlantic City is a pedestrian’s heaven. It’s much smaller, so you can get around on foot, plus there’s a system of shuttle buses that will take you anywhere important. So it’s a great choice if you like to walk or you simply don’t want to think about a car and parking it. And how much you drank, of course.

Lastly, we would like to mention something that’s not so much about moving around, but it is connected to the location: you should consider the climate of these two places and how it will affect you.

Las Vegas has long, extremely hot summers, pretty warm autumn, and spring as well as short winters. On the other hand, Atlantic City has warm but often cloudy summers and the winters are very cold, wet, and windy. So consider if the time of the year when you are planning to travel will have the type of weather you enjoy.

What the casinos have to offer

Sure, the concerts are great, and the buffets are amazing, but let’s face it, you are going to one of these two cities to throw some dice. Even if you think you are just going to observe, you are likely to change your mind once you arrive.

Hence, the types of casinos the cities have to offer might play a big part in making the right decision on where to go. And they differ a lot in this section.

First of all, Las Vegas has many more casinos than Atlantic City. This is good but it can also be overwhelming. So if it’s hard for you to decide once too many choices are given, stick to the smaller selection and opt for Atlantic City.

When it comes to the vibe, Las Vegas gambling parlors are more modern, state-of-the-art, and try very hard to offer any imaginable amenity. The Atlantic City casinos will, on the other hand, try to send you on a trip back to time. Think gambling with Great Gatsby. It’s up to you to choose what you prefer.

One more thing to note, for the experienced gamblers especially, is that these two places don’t always apply the same rules for the games. So, while we are certain your experience means you are pretty familiar with casino terms, we strongly advise small research about the specifics of both of these places. Maybe even opting to travel to a place whose rules are the same as the ones you are familiar with.

The Shadows of the Past

Both Las Vegas and Atlantic City have dark pasts that involved mobsters and other criminal activities. What is different is how they deal with it. Las Vegas embraced its past and even made it part of its iconic image and the brand itself. Atlantic City on the other hand is trying hard to erase the past and pretend it never happened.

What does it mean for you when you are choosing where to go? Firstly, it’s important to keep in mind that for both places, this is just history. Today, virtually nothing that’s against the law is happening in these cities.

Secondly, if you always enjoyed mobster movies and images of clans ruling the streets of a city, Vegas might be a better choice. There you will be able to feel the vibe and imagine you are a character in one of those films.

If you prefer to enjoy the thought that no criminals ever step foot in a casino you’re playing at, you will probably feel better in a city that wants to ignore they ever existed: Atlantic City.

So, before you choose where to travel, consider these three things: how can you get there and how will you move around, what kind of casino would you prefer and of course, how do you feel about the past of the cities and what makes your imagination run wild in a positive way.

And don’t forget, the choice is about what works for you, not what the majority of people would opt for.