How Centralized Is Binance Chain?

What Do You Meme? 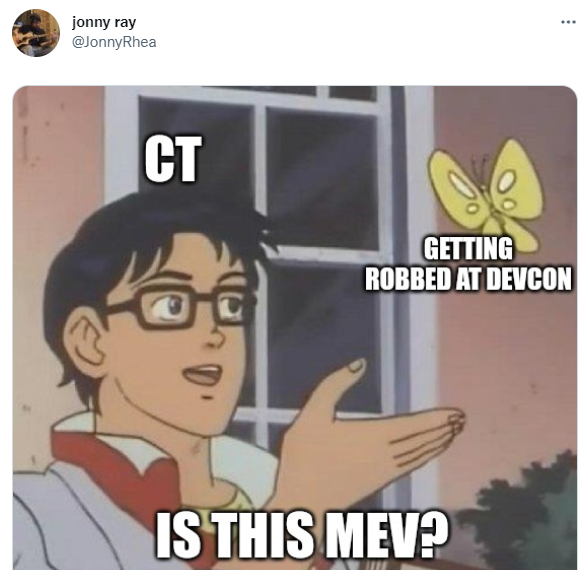 Thursday night, in response to rumors about a potential hack on the Binance Chain worth ~$600 million, Binance decided to halt the chain.

“An exploit on a cross-chain bridge, BSC Token Hub, resulted in extra BNB. We have asked all validators to temporarily suspend BSC,” Binance CEO Changpeng Zhao wrote on Twitter.

Rumors started spreading about some unusual transactions on the Binance Chain. At first, it was believed that the transactions had to do with a crypto whale moving funds.

However, as the minutes passed, some started pointing out that these movements might be related to an exploit, especially after Tether blacklisted the address involved.

The potential hacker obtained 2 million BNB tokens from the BSC token hub, and started swapping, borrowing and bridging the tokens. On-chain data shows that the address now holds approximately $520 million in assets, diversified in different chains. However, the majority is still in the Binance Chain.

The decision to halt the blockchain didn’t go unnoticed on Crypto Twitter, with many pointing out the lack of decentralization that this action showed. Additionally, there is some talk about the possibility of a chain rollback, which means that the blockchain could go back to the state prior to the exploit occurring.

Decentralized finance protocol MakerDAO has made a decision to invest $500 million in US Treasuries and bonds.

Maker is the project behind DAI, which is the largest decentralized stablecoin with $6.7 billion in market capitalization.

The funds will come from Maker’s Peg Stability Module (PSM), which is the protocol’s mechanism to mint DAI at a given rate. The PSM is composed mainly of USDC, a token that produces no yield.

The plan, then, is to use the non-revenue-generating USDC to create a real-world asset vault and invest it into bonds and Treasuries. Of the $500 million, 80% will be allocated to US Short-Term Treasuries and 20% will go to Investment-Grade corporate bonds, as was previously voted by the DAO.

DeFi asset advisor Monetalis will be the entity overseeing the conversion of DAI to US dollars. Sygnum, a digital asset bank, will be in charge of converting half of the funds, while investment management firm Baillie Gifford will handle the remaining $250 million.

In August, following the US Treasury sanctions on Tornado Cash, Maker’s founder Rune Christensen proposed to reduce exposure to real-world centralized assets. However, this move seems to go in the other direction.

Maker’s plan got some criticism on Twitter, especially from the Bitcoin community. “Loaning money to a murderous empire ain’t a good look for a crypto project,” said Erik Voorhees.

Kristin Smith, Executive Director of the Blockchain Association, comes to talk about Tornado Cash, the lawsuit against Ooki DAO, the SEC charges against Kim Kardashian, and crypto legislation. Show highlights:

My book, The Cryptopians: Idealism, Greed, Lies, and the Making of the First Big Cryptocurrency Craze, which is all about Ethereum and the 2017 ICO mania, is now available!

You can purchase it here: http://bit.ly/cryptopians