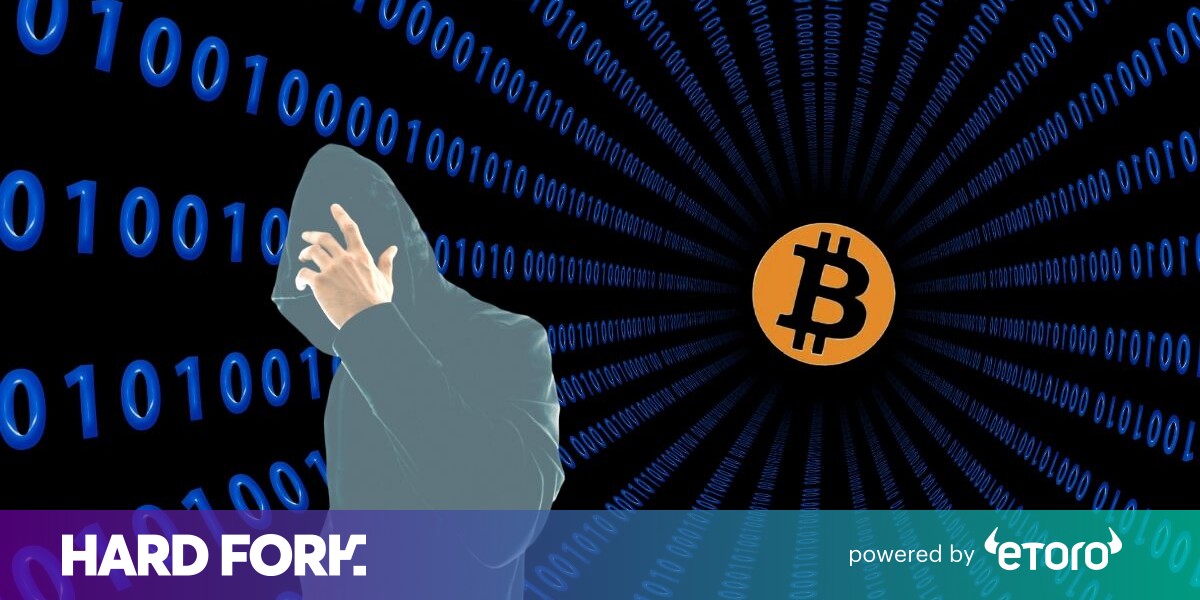 The country’s justice minister made the original decision to send Vinnik to France on Friday. This reportedly led Vinnik to a second hunger strike, with his first lasting for 88 days beginning in November 2018.

BTC-e is alleged to have facilitated multiple crimes besides money laundering, including drug trafficking and computer hacking.

Vinnik has denied the charges, claiming that he was merely a technical consultant for the exchange rather than its operator. His lawyer remarked that the extradition ruling was “unfair” and represented a “death sentence.”

While Vinnik agreed to that, Greece’s decision to suspend extradition reportedly mentioned that he should be moved to the United States after France, and only then would he be moved to Russia.

BTC-e was formed in 2011, and at one point was reported to have been processing roughly five percent of Bitcoin‘s total trading volume.

Additional research eventually revealed that around 95 percent of ransomware-related payments from around the world flowed through the platform.

In 2017, the US Department of Justice claimed that BTC-e (and Vinnik) laundered Bitcoin “stolen” from the now-defunct cryptocurrency exchange Mt. Gox.

An indictment alleged that numerous withdrawals from BTC-e admin accounts went straight to Vinnik’s personal bank accounts. As well, proceeds from well-known hacks and exchange thefts were said to have been processed by a BTC-e admin account tied to Vinnik.

“BTC-e was noted for its role in numerous ransomware and other cyber-criminal activity; its take-down is a significant accomplishment, and should serve as a reminder of our global reach in combating transnational cyber crime,” said police at the time.

A date for Greece to rule on Vinnik’s appeal is yet to be set.

Related Topics:
Up Next

13 fun Bitcoin and blockchain tweets that epitomize this wild industry

Bitwise has announced the launch of its ‘Bitwise Crypto Industry Innovators ETF” (BITQ) that offers investors exposure to companies in the crypto sector.

Crypto asset management firm Bitwise has announced the launch of its Bitwise Crypto Industry Innovators ETF (BITQ) that offers investors exposure to companies in the cryptocurrency sector. The Bitwise Crypto Industry Innovators ETF is already live on the New York Stock Exchange with the ticker BITQ. The index captures the companies engaged in the crypto sector and has at least $100 million of liquid digital assets on their balance sheet.

Asset management firm Bitwise has designed a Bitwise Crypto Industry Innovators ETF (BITQ) focused on thirty companies in the crypto market with at least $100M of liquid crypto assets on the balance sheet.

Also, these companies must have 75% of income derived from cryptocurrencies or have 75% of their net assets in crypto.

In the announcement release, Matt Hougan, CIO of Bitwise, said:

“Like e-commerce and mobile before it, crypto is a disruptive technology creating massive opportunities for new companies to emerge as winners. Until recently, most great crypto innovators were private companies, but that’s changing rapidly. Today, there’s a growing set of public companies capitalizing on crypto, and more to come. BITQ aims to identify these businesses and give investors access.”

Previously, Bitwise applied with the SEC to launch such a fund, but the firm withdrew its application from the regulatory agency earlier this year.

“With BITQ, our aim is to make crypto investment opportunities available through traditional investing platforms and a familiar, liquid, and cost-effective ETF. We are thrilled to see this space continue to grow as investors increasingly gravitate toward this transformative asset class.”

Most are private placements available only to accredited investors but the Bitwise 10 Crypto Index Fund is made available to all investors on the OTC market.

After the successful proceeding of the first phase of the testing of the Digital Yuan, Hong Kong is in talks with China to stretch its cross-border testing.

After the successful proceeding of the first phase of the testing of the Digital Yuan, Hong Kong is in talks with China to stretch its cross-border testing. This has marked yet another step toward wider adoption of the currency.

Hong Kong to Stretch Testing of Digital Yuan to China

The Monetary Authority of Hong Kong has recently conducted tests with the Digital Currency Institute of the People’s Bank of China.

In addition to this, the Hong Kong Monetary Authority said in an e-mailed response to the questions asked that it involved a bank designated by the mainland authority, as well as the merchants and bank staff.

“We have tested the use of the related app, system connectivity, and certain use cases such as cross-boundary purchases.”

Along with this, the statement said:

“We are discussing and collaborating with the PBOC on the next phase of technical testing, including the feasibility of broadening and deepening the use of e-CNY for cross-boundary payments.”

Also, it should be known that the People’s Bank of China is pretty ahead of other major central banks in the development of its own digital currency.

The bank is looking forward to replacing cash and maintaining control over a payments landscape that has become increasingly dominated by technology companies not regulated like banks.

As revealed in the report released on Wednesday by Oliver Wyman, the usage of the Digital Yuan in Hong Kong could lead to a much faster and cheaper cross-border payment and clearing process.

Michael Ho, the Principal of Financial Services at Oliver Wyman and Co-Author of the report said:

“If the payment infrastructure underpinning e-CNY were to roll out for cross-border payments at scale, we believe it can address a substantial portion of this cost base.”

China could promote the overseas use of digital yuan starting with the Greater Bay Area, a massive urban cluster that includes Shenzhen, Macau, and Hong Kong.

It has been revealed that the identity platform for fraud prevention and Anti-Money Laundering compliance, Acuant has partnered with Chainalysis.

In a recent announcement, it has been revealed that the identity platform for fraud prevention and Anti-Money Laundering compliance, Acuant has partnered with Chainalysis. The recent partnership between the AML compliance and the blockchain analysis company is meant to assist financial institutions with AML solutions.

The partnership between Chainalysis and Acuant will be helping in assisting the cryptocurrency businesses assess risk, safeguard them against illegal transactions, automate workflows, and protect their reputations with Anti-Money Laundering solutions.

In addition to this, it should be known that the customers of both partners, Acuant and Chainalysis, will now be able to leverage both the platforms via the interface provided by Acuant to manage transactions that are indicative of higher risk.

The customers will be provided with access to Chainalysis Know Your Transactions (KYT) as well as Chainalysis Reactor, their graphical investigative software.

Talking further about the investigative software, it can be utilized to follow the flow of funds across the blockchain for investigations.

The amalgamation of the Chainalysis Know Your Transactions and Acuant integrates a data set of thousands of services with the solutions that help to review both the fiat and crypto transactions.

The Integration of Identity Platform and Blockchain Analysis Firm

The real-time alerts on the highest-risk activity will be allowing the compliance teams to target the most urgent activity and following that, fulfill the regulatory obligations to report the transactions that are suspicious.

In this episode of the BeInCrypto video news show, host Jessica Walker will look at bitcoin cash (BCH). The coin has returned to the top ten in market cap, due to an anticipated upgrade, its pairing with ethereum (ETH), as well as the increased use of CashFusion. We’ll also take a look at its recent price movements.

Bitcoin cash back in top ten

Bitcoin cash has been gaining a lot in the past several weeks. It currently sits at the tenth place on CoinMarketCap’s top cryptocurrencies in terms of market capitalization. It is a regular on the list and it seems to be going up because of investors looking for the next “boom-coin.” By sharing a name with mainstay bitcoin (BTC), it’s basking in the glory of its more popular namesake. But what are some other reasons for BCH’s return to the top ten?

Perhaps the most important thing on BCH holders calendar is the upgrade that will happen on May 15. Most of the changes are aimed at improving the experience of users and merchants when using BCH to make payments. This will hopefully provide another incentive for adoption.

Another upgrade that stands out to us is the removal of the unconfirmed chained transaction limit. This will allow users to do more than 50 chained unconfirmed transactions at a time. This was a highly requested feature for a long time. In particular, by gambling sites and other high volume, quick transaction apps that relied on BCH for payment.

Another interesting development around BCH is its pairing with Ethereum. This will happen through the SmartBCH sidechain, which was announced last Thursday.

In an interview with bitcoin.com, the Smart Bitcoin Cash team lead explained that developers and decentralized app makers can now experiment and develop with the sidechain, which is compatible with the Ethereum Virtual Machine. This seems to have already provoked some interest.

The Coinflex exchange team has begun running tests with setting up a decentralized exchange and creating tokens. If successful, the sidechain could become a platform for expanding the user base of bitcoin cash and grow its ecosystem.

CashFusion has also been mentioned quite a lot this week. For those of you who haven’t heard of it, CashFusion is a service that provides privacy for bitcoin cash. Described simply, it lets wallets help each other blend into the crowd and keep prying eyes away.

Reports have indicated that since CashFusion was introduced in November 2019, there have been more than 67,000 fusions or almost $6 billion worth of BCH using today’s exchange rates. This could be another sign of the popularity of bitcoin cash, which has largely gone under the radar in recent months.

A quick chart analysis shows us that we are close to a high from May 2018, which was around $1,850 dollars. Right now, we seem to be on track to reach and test that level. But a correction and retest of $1,228 on the downside are also possible, although that level did hold several days ago.

Nick is a data scientist who teaches economics and communication in Budapest, Hungary, where he received a BA in Political Science and Economics and an MSc in Business Analytics from CEU. He has been writing about cryptocurrency and blockchain technology since 2018, and is intrigued by its potential economic and political usage. He can best be described as an optimistic center-left skeptic.

How to watch the Clash Royale League May Monthly Final

Major UK Retailers and Business Organizations Commit to Cash-Friendly Pledge from Which?

Fintech Wealthfront Appoints Entrepreneur Jaleh Bisharat to its Board of Directors