Letter signed by more than 1,000 employees calls for zero emissions by 2030 in latest wave of industry climate activism 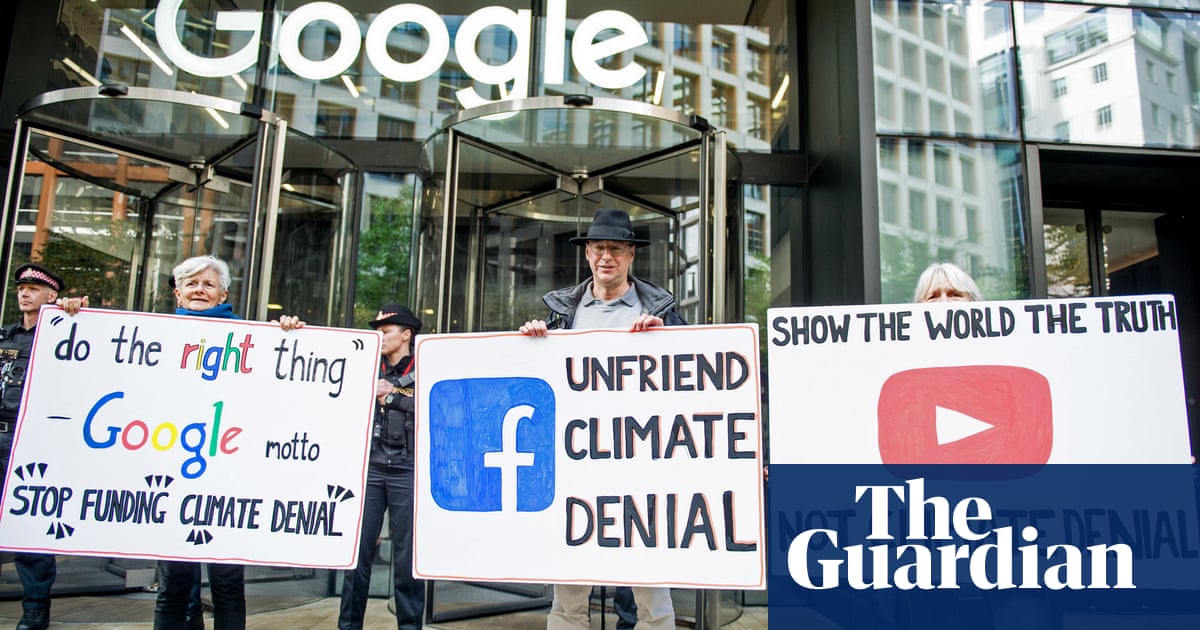 More than 1,000 Google workers have signed a public letter calling on their employer to commit to an aggressive company-wide climate plan that includes canceling contracts with the fossil fuel industry and halting its donations to climate change deniers.

The letter, which is addressed to Googles chief financial officer, Ruth Porat, also calls for zero emissions by 2030 and zero collaboration with entities enabling the incarceration, surveillance, displacement or oppression of refugees or frontline communities.

Were excited to keep building momentum as tech workers join millions of people all over the world acting boldly for a livable future, said Sharon Campbell-Crow, a senior technical writer for Google, by email. Marginalized communities have worked for climate justice for decades; Google needs to catch up and stop funding climate denial.

The public campaign by Google workers follows similar efforts by employees of Amazon and Microsoft. Workers across the tech industry participated in the global climate strike on 20 September.

Like many corporations, Google boasts about its sustainability and says that it supports global action on climate change. According to its annual environmental report, Google has been carbon neutral since 2007, and uses 100% renewable energy for its operations.

But Google has also made large donations to more than a dozen organizations that have worked against climate action or sought to roll-back environmental protections, the Guardian revealed in October. Those contributions include funds to the Competitive Enterprise Institute, which helped convince the Trump administration to withdraw from the Paris climate agreement.

The letter calls for zero funding for climate-denying or -delaying think tanks, lobbyists and politicians.

In a blogpost announcing their participation in the global climate strike, the group calling themselves Google Workers for Action on Climate wrote: In 2018 the company funded 111 members of Congress who voted against climate legislation at least 90% of the time.

Google chief executive Sundar Pichai responded to the demand for zero emissions by 2030 in an interview with the Financial Times on the day of the global climate strike.

It doesnt seem unreasonable to me, he said. We want to be ambitious in how we think about it. It definitely seems the kind of timeline by which we want to accomplish those things.

We stand by our call for Google to make a clear public commitment to all four demands, said Campbell-Crow.

I cant feel good about my job if the profits I help generate and the codebases I contribute to can be leveraged to accelerate fossil fuel extraction or fund groups that delay or deny urgent climate action, said Sam Kern, a UX engineer at Google. Its unacceptable for Google to build technologies that help oil and gas companies identify new reserves, accelerate extraction, and prolong reliance on fossil fuels.

The letter comes just over a year after approximately 20,000 Google employees staged a walkout in protest of the companys handling of sexual harassment. The company has been at the center of a wave of employee activism in the tech industry, with employees speaking out over issues ranging from the ethics of supplying artificial intelligence to the US defense department to the treatment of subcontracted workers.

Google declined to comment but provided a link to Porats recent blogpost on sustainability.

Pixpay is a challenger bank for teens focused on pocket money

COVID-19: Unearthing the ties that bind

MAD Lions vs. G2 Esports is the LEC match of the week for week 5

ESL One Cologne to be held online

Legends of Runeterra July Twitch Prime Loot: How to Claim

Avoiding food contamination with a durable coating for hard surfaces

Sage is getting hit by the nerf hammer in VALORANT Patch 1.04

Call of Duty 2020 listing “The Red Door” makes another appearance

A comprehensive review of database resources in chemistry

Relay passes the baton from private to public biotech, making $400M in the process

ESL One Thailand announced for August

92% of survey respondents report ‘some success’ with microservices