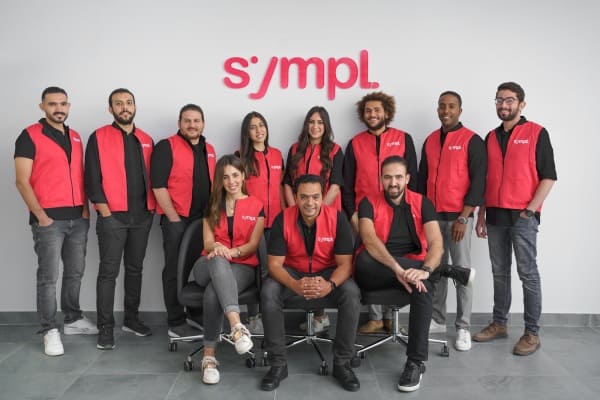 Buy now, pay later (BNPL) offerings have existed for a long time, but increased in popularity as the pandemic made more people shop online and conserve cash.

Though BNPL has taken off in most parts of the world, it’s yet to pick up steam in Africa. But in countries such as South Africa and Egypt, there is a newfound surge in demand for such services.

In the latest development, Sympl, an Egyptian fintech founded only five months ago, announced today that it has picked up $6 million in seed funding following a soft launch in October.

Beco Capital led the five-month-old startup’s seed round, while A15 and Global Ventures participated.

Mohamed El-Feky, Yasmine Henna, and Karim Tawfik started Sympl in August this year. “We all joined forces to establish Sympl because we all share the vision that there is a huge opportunity for the buy now, pay later here in Egypt, given its very populous market,” founder and CEO El-Feky told TechCrunch on a call. “It’s a consumer purchase driven market where we have a lot of accessibility to consumer products and services, online or offline.”

But there’s a little twist to Sympl’s offerings which the founders made in a bid to localize its product for the Egyptian market. In the CEO’s words, Sympl operates a save your money, pay later model rather than the normal buy now, pay later model.

Sympl says it targets over 50 million debit and credit cardholders in the country. And like any BNPL service, the company wants to incentivize a portion of this demographic at checkout, in-store or online.

A typical BNPL model involves a purchase split into multiple equal payments. The first payment, usually 25% of the total purchase, is made at checkout, while the rest are paid in three installments.

Sympl operates a different method the company says will help its customers save better while making purchases.

“The platform is an evolution of customers’ checkout experience. Rather than promoting purchasing, it gives customers more choices at the checkout and promotes customer saving, flexible cash flow management, and a better matching of income and expenditure, without compromising their lifestyle,” the company said in a statement.

When customers check out from one of Sympl’s merchants, the company acknowledges the funds in the customers’ bank accounts and charges them an upfront fixed fee of 100 Egyptian pounds. The fee covers the future collection of repayments and remains the same irrespective of the purchase amount.

Then Sympl offers customers the option to use a zero-interest pay later plan. The rest of the payments can be made between three to five installments. The company said that the plans cater to different segments of customers’ employment status — gig workers, freelancers, self-employed and regular employees.

“This is the saving that we do to the customer. So instead of spending all your money right now on a single transaction, you can walk out of the store having the product and having your money in your pocket while paying it on three to five equal payments. It can be on a monthly, bi-weekly or weekly basis,” said the CEO.

Sympl’s launch in October was strategic. For a week, it exclusively partnered with Tradeline, the largest reseller of the iPhone 13 in Egypt, so customers could only buy the phone online or offline via Sympl.

“During our launch, we were lucky enough because Mohamed and I had a lot of partners who worked with us at valU (the consumer fintech where both worked before Sympl). And because of our success back then, they came to us as merchants and wanted to partner with us at Sympl,” said COO Henna.

“They like the platform because they think it’s unique because, for the first time in Egypt, we’re offering debit or pay later options for the debit card population in Egypt.”

Sympl has onboarded up to 240 merchants with products in electronics, fashion, appliances, furniture, travel, healthcare, jewellery and education, the company said. It plans to reach 1,000 stores by mid next year. Henna also mentioned that Sympl is growing 25% week-on-week in terms of the number of transactions made on the platform.

Sympl will use the investment to expand its merchant network, build technical upgrades and enhancements, hire more talent and expand its footprint across Egypt to cover all 27 governorates in the country (it’s currently in two).

El-Feky said when the company raises its next round of investment, expansion outside Egypt will be on the cards. The most likely destination? Saudi Arabia.

“It is one of the most vibrant markets and populous markets and has similar demographics and consumer behaviour. So I think this would be our first regional step out of Egypt.”

On January 17, Skilling, a forex and CFD online Trading Platform based in Cyprus, announced that it raised €10 million in a new funding...

Unmarshal, a multichain DeFi data network, is pleased to announce the addition of Brian D. Evans as a critical advisor to the team. As...

On January 17, LCH, part of LSEG (London stock exchange group), announced record clearing volume for 2021, which came as a result of expanding...