Blacktail takes place in a world heavily influenced by the tale of Baba Yaga, a witch that lives in a hut with chicken legs, and then there’s the talking mushrooms, the grub that feeds demons, and the empress of the ants with a bloodthirsty hunger to kill all the humans. So, you know, cheerful stuff.

As covered in my preview, Blacktail seemed plenty weird and the full release confirms that impression. Once upon a time (seems appropriate!) there were two sisters: Zora and Yaga. Zora snuck out of the village and Yaga followed her…but something happened, something bad, and Zora never came back. Suspicion falls on Yaga, especially since other children have been disappearing. And there’s the rumor that Baba the Witch is the one doing it. Maybe Yaga is working with her.

So now Yaga lives in the woods (NOT AT ALL WITCH LIKE I AM JUST SAYING IF PEOPLE THINK YOU’RE WORKING WITH AN EVIL WITCH MAYBE DON’T ACT LIKE ONE) with her mysterious mask, hunting and trying to find her sister and sometimes stumbling on what looks a lot like a witch’s shack on chicken legs and the shack seems to know her. Every now and then, a mysterious voice taunts Yaga or makes fun of her, and the mysterious voice is weirdly modern. And then you start seeing spirits and some friendly but oddly menacing mushrooms start to talk to you, and there’s a dragon and…

Look, this is just the first couple hours, and I didn’t indulge in any substances for this. 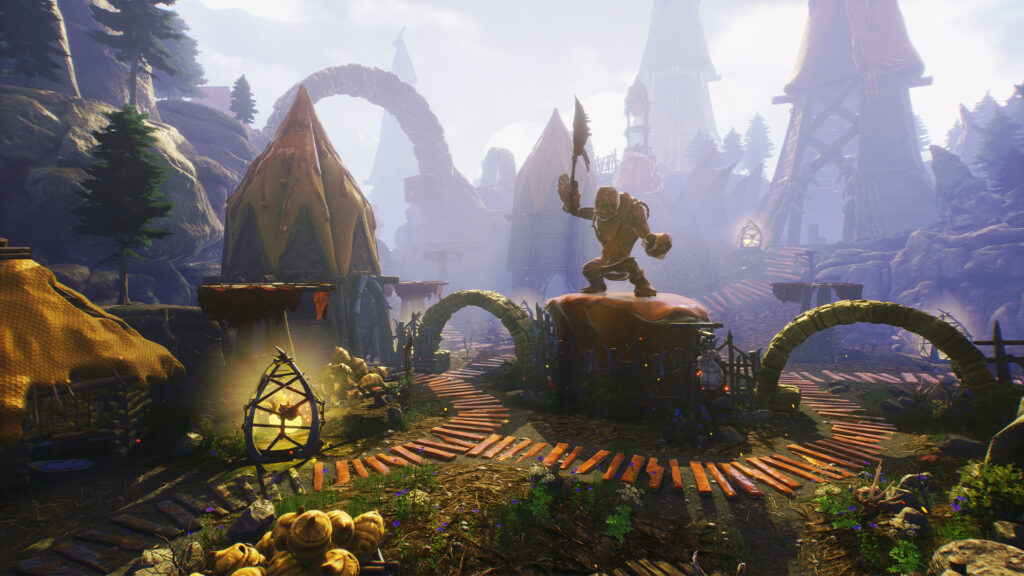 The game itself is some archery and some survival-crafting (of course) and some crafting-crafting like making potions and hexes and unlocking new skills, and there’s a fair amount of combat. This leads to the incredibly funny moment when you are furiously crafting arrows while circle strafing and jumping away from the…weird gnome things and…exploding fire dragon things…and things that kinda look like slugs but are made from a kind of water slime? I’m sure they have names but I came here to make arrows and pacts with dark gods and I’m all out of arrows.

In trying to sum up Blacktail, I’m constantly stumbling over trying to put this fascinating and bizarre world into a “video game” rubric, which is funny because that is where Blacktail gets a bit hinky, as in the circle-strafing while furiously fletching arrows because you ran out of ammo. It’s one of those games where you don’t really have a paradigm for what to do because the world is just so dang bizarre and the visual language isn’t especially helpful.

Blacktail has a morality system where you can do evil deeds and good deeds to unlock specific powers and events. Fine. But because the creatures are so dang weird (that talking mushroom is my friend, but that one is a jerk), you’re never really sure what is okay to shoot and what isn’t.

For example, shooting deer for meat you need to survive: perfectly fine. However, you need feathers from birds to make arrows. So if you, naturally, randomly shoot birds for feathers, you get dinged for random acts of murder (bird-der?). You are supposed to pick those up from the piles of feathers on the ground, idiot. Or if you see a carnivorous plant eating a bird, you’re supposed to walk over and disentangle it from said plant. If you just kill the plant (which kills the bird, too), you’ve done a bird-er. Monster. 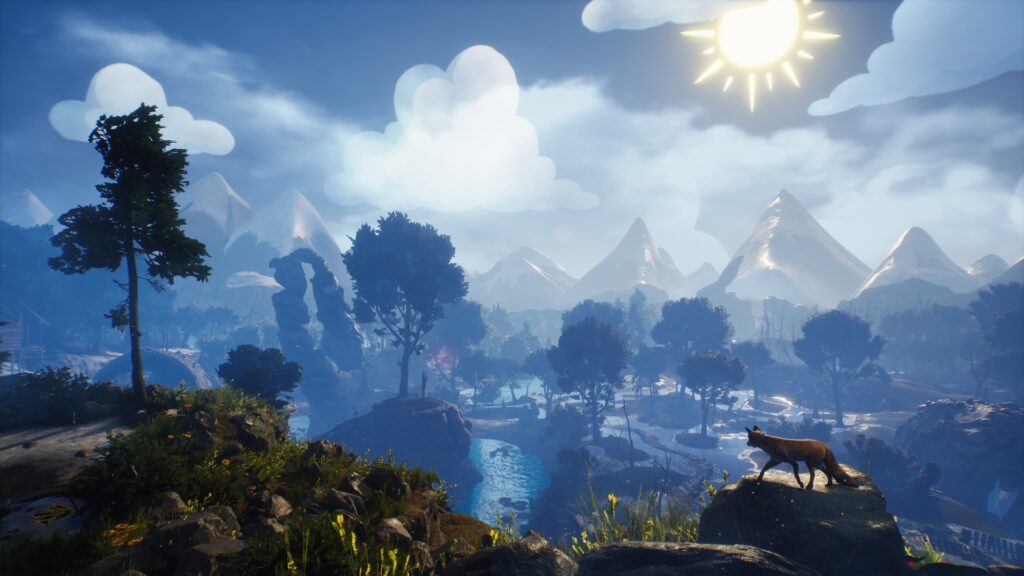 Likewise, you can shoot down bee hives for honey, but that’s bad. Or you can offer them flowers and that’s good. Every now and then, you wander into a location that judges your deeds and officially shifts your morality, but by the time you do that, you may have forgotten what you did. The hallucinatory experience of the world extends to the logic of the game’s systems. There are shrines to various godly beings and you can visit them and pledge yourself…but, let’s see, an eyeball wearing what appears to be a horned helmet. Seems evil. Oh, nope, that one’s good.

The game’s heavy use of shadow and nature and cover does set a very nice atmosphere, but it also makes it hard to pick out enemies or predict when you’re going to get attacked. The smiling fire dragon things? They will happily try to kill you. The ant wearing a crown? You’re supposed to talk to her, she’s the aforementioned Empress that wants to murder all humans in the village. Telling her where to go is bad (sensibly), but she also doesn’t seem to care if you wander around smashing ant structures (good, I guess?), but your character  also won’t pick up stick bugs because despite murdering all sorts of weird things and sending the Empress of the Ants to destroy the village that cast her out, she won’t take a life for no reason, apparently.

I actually tremendously enjoyed wandering around in the world, grabbing everything that looked craftable, talking to random NPCs, and trying to figure out what in the hell was going on. It reminded me of, back in ye olden times, when you’d pick up a game and have no idea what it was about because you still kinda had to read magazines (we had those!) and if they didn’t cover it, well, it was the blurb on the back of the box and that was it. If you were lucky, you got a manual. Also uphill to school both ways, yada yada, etc.

Blacktail is one of those games where it almost feels like they wanted to make a walking/exploration-type game, but they had to put some combat in it and make it feel like a video game so people would know what it was, so there’s always a tension between the “art of exploring a weird fairy tale world” and “oh shit we have to have combat,” and it’s never quite resolved. That said…it’s a weird, weird world and it’s absolutely a trip to stagger through the bizarro story as long as you don’t get too frustrated trying to circle strafe and noscope arrowshot some weird gnome things or talking mushrooms (the evil ones, of course) or the next weird and wonderful thing it throws at you.

The Final Word
There’s really nothing like Blacktail as long as you don’t mind the video game stuff stumbling over the weird story stuff. Or play in story mode, I suppose.