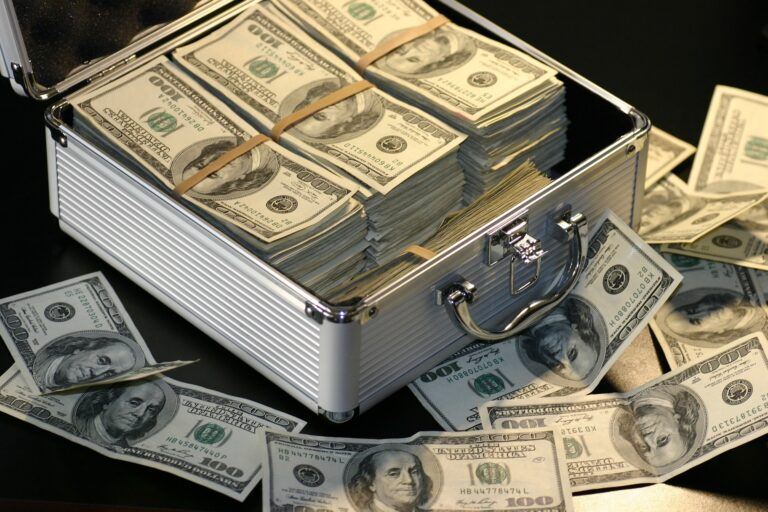 On Friday (9 December 2022), Arthur Hayes, Co-Founder and former CEO of BitMEX, explained how he is “earning a yield” while waiting for “the crypto bull market to return.”

“I don’t know if $15,900 was this cycle’s bottom. But, I do have confidence that it was due to the cessation of forced selling brought on by a credit contraction. I don’t know when or if the US Federal Reserve will start printing money again. However, I believe the US Treasury market will become dysfunctional at some point in 2023 due to the Fed’s tightening monetary policies. At that point, I expect the Fed will turn the printer bank on, and then boom shaka-laka — Bitcoin and all other risk assets will spike higher.“

Although Hayes could get nearly 5% by investing in “US Treasury bills with durations shorter than 12 months”, he wants to earn a much higher yield than that while he waits for “the crypto bull market to return” (which he is sure will happen since “everything is cyclical”).

He then went on to talk about his investing strategy for the next several months:

“My ideal crypto asset must have beta to Bitcoin, and to a lesser extent, Ether. These are the reserve assets of crypto. If they are rising, my asset should rise by at least the same amount — this is called crypto beta. This asset must produce revenue that I can claim as a token holder. And this yield must be much greater than the 5% I can earn buying 6- or 12-month treasury bills.

“I have a few super-powered assets such as GMX and LOOKS in my portfolio. This is not the essay where I go into why I will be opportunistically selling my T-bills and purchasing these during the upcoming months of the hopefully sideways bear market. But if you want to start down the path towards finding the right asset to both participate in the upside and earn income while you wait for the return of the bull market, pull up a site like Token Terminal and look at which protocols generate actual revenue. It is then up to you to investigate which protocols have appealing tokenomics.

“Some may earn a lot of revenue, but it is very hard for a token holder to extract their share of that revenue to their own wallet. Some protocols pay out a majority of revenue continuously, directly to token holders. The best part about some of these projects is that all things DeFi got shellacked during the two downward waves of the 2022 crypto credit crunch. Investors threw out good projects along with the bad as they rushed to raise fiat to repay loans. As a result, many of these projects trade at a truely bombed out price to fees (P/F) ratio.

“If I can earn 5% in treasuries, then I should at least earn 4x of that — i.e., 20% — when purchasing one of these tokens. A 20% per annum yield means I should only invest in projects with a P/F ratio of 5x or lower. Everyone will have a different hurdle rate, but that is mine. I could purchase Bitcoin and or Ether, but neither of these cryptos pays me enough yield. And if I’m not getting sufficient yield, I’m hoping that the price appreciation in fiat terms will be stupendous when the market turns. While I do believe that will occur, if there are cheaply priced protocols where I get the return profile of Bitcoin and Ether plus yield from the actual usage of the service, happy days!

“Investing at what you think is the bottom is certainly risky. You are out there all alone, spreading the good word of Satoshi against the sweet siren song of the TradFi devil and their harpies. But be not afraid, intrepid and righteous warrior, for to the faithful the spoils of war shall accrue.“

On 21 October 2022, the former BitMEX CEO explained why Ethereum ($ETH) is likely to remain the dominant smart contract platform in the next bull cycle.

According to a report by The Daily Hodl, Hayes made these comments while appearing as a guest on YouTube series Crypto Banter.

“It would make sense to allocate to one or more of these things at the bottom, because they’re going to go up fast. Now, I don’t think anything comes close to competing with Ethereum. It’s not all based on transactions per second or blah blah blah the other stuff. It’s developer talent... Ethereum has a few thousand developers. The next blockchain might have a few hundred, and that’s all that matters. The developers create this ecosystem. They build the applications...

“Do they actually have something to give to the market in the next cycle? What are they going to bring to the market in the next cycle? Because if it’s just ‘Oh Ethereum is slow. It’s processing so many transactions. Gas fees are high. We’re faster because of some fancy math we wrote down on a piece of paper, and our testnet is real fast…’  That works the first time. [It] doesn’t work the second time.”

On 22 September 2022, during an interview with Real Vision Founder and CEO Raoul Pal, Hayes talked about how he selects potential winners for the next bull cycle in the crypto market.

“I guess you use survivorship bias. If I’m looking at a top 20 market cap asset and it’s down 95%, will it survive to the next cycle? Will it survive the next two years? How much money did they raise? If the answer is yes, buy it… Worst case, it goes down to zero. Best case, goes up with 10x or 20x. If it went from 100 to one and it goes from one to 10, it’s a 10x. Still isn’t anywhere near where it was, but I’m just playing the rebound.

“So you know that on the rebound of crypto, when the next cycle begins, everything that fell the most is going to rise the most just by the path dependency of how returns work. And so, I guess this doesn’t change in most of these things. Most of them will fail, you don’t really care. It’s really just a numbers game.“