Altcoin Volume Dominance At Highest Since Jan 2021, Trouble For Bitcoin?

On-chain data shows that altcoin volume dominance is now at the highest level since January 2021, while Bitcoin’s is at its lowest.

Altcoin Dominance By Volume Recently Touched A High Of 64%

As pointed out by an analyst in a CryptoQuant post, Bitcoin’s dominance is just at 16% now. The “dominance by volume” is an indicator that measures the percentage of the total crypto market trading volume that’s being contributed by a specific coin.

When the value of this metric goes up for any crypto, it means that particular crypto is observing a higher amount of activity relative to the rest of the market currently. This suggests that the coin is garnering more interest from investors right now. On the other hand, low values can imply that the crypto is losing mindshare at the moment as its volume percentage is going down.

Now, here is a chart that shows the trend in the dominance by volume for the entire altcoin sector combined (minus Ethereum), as well as for Bitcoin, over the past couple of years: 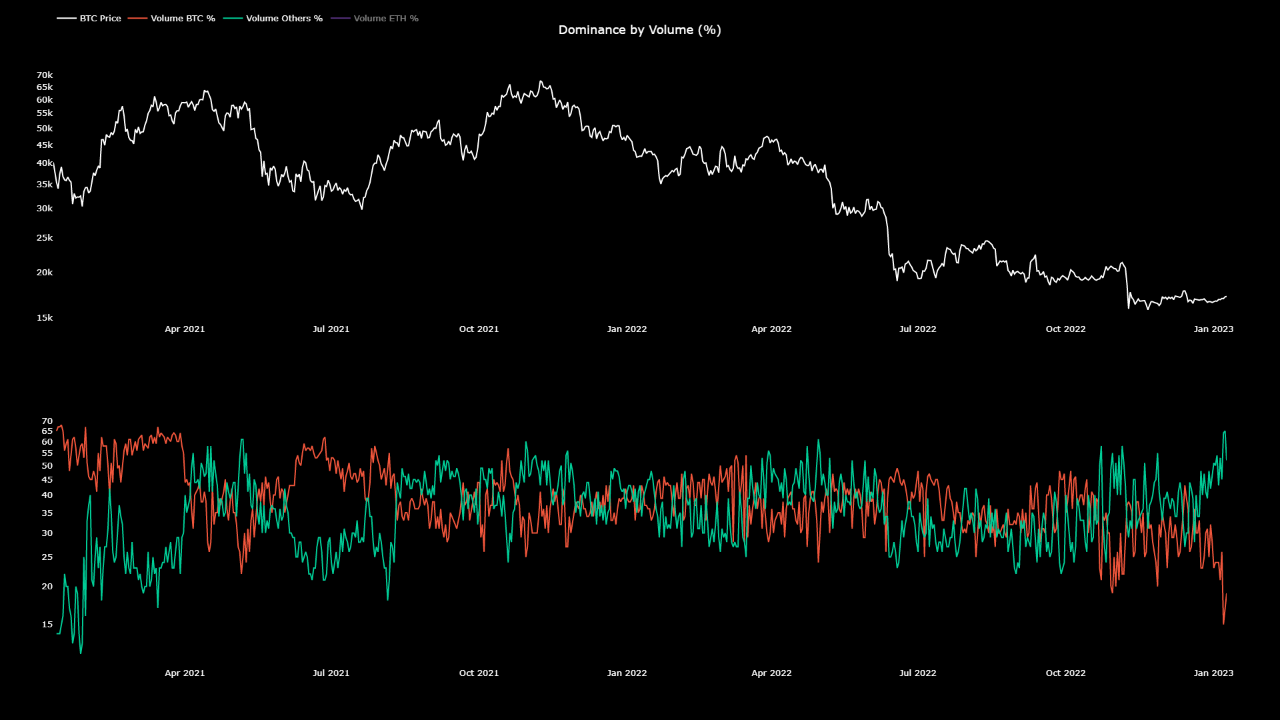 As shown in the above graph, Bitcoin’s dominance by volume has sharply decreased recently and has touched a value of just 16%. This is the lowest value BTC has observed during the last couple of years.

The altcoins (other than Ethereum), on the contrary, have observed their dominance shoot up in the last week or so, as the metric now has a value of 64%. This suggests that BTC has lost its market share to these alts recently.

The quant finds this trend “very concerning,” however. The reason behind that is the fact that whenever rallies have kicked off with altcoins being on top, they haven’t usually lasted for too long, and the prices have quickly come back down.

This can be very clearly seen in the chart. For example, the tops of both the bull rallies of 2021 (the ones in the first and second half of the year) took formation while the altcoins had a higher trading volume dominance than Bitcoin. The latest FTX crash also took place while alts were dominating the market.

It would appear that generally any sustainable and healthy price rallies have only started with the dominance of BTC being higher than these alts. One prominent example is that the July 2021 bottom, which kicked off the second-half bull run of 2021, took place with the Bitcoin volume percentage being higher than altcoins.

The entire market has been rallying in the last week, but if the historical pattern is anything to go by, this uplift may not last too long as the dominance of altcoins is at very high levels right now. This would spell trouble not only for Bitcoin but also for these alts themselves. 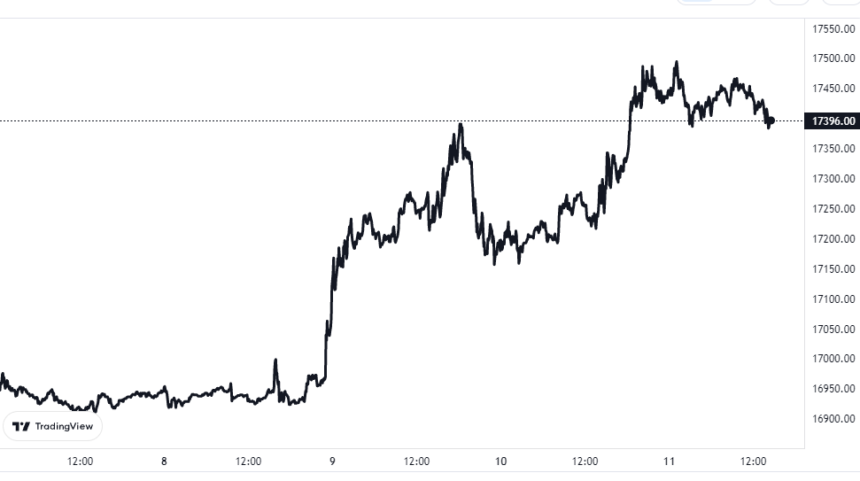