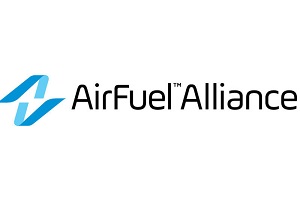 AirFuel RF will be showcased at CES 2023 in Las Vegas this week by member companies Energous and Atmosic.

AirFuel RF uses Radio Frequency waves to transfer energy wirelessly from a few centimetres up to a few metres, enabling charging and powering of multiple devices simultaneously within a three dimensional range, and delivering true freedom of movement. A contactless power transfer technology, AirFuel RF creates zones of energy that can be harvested to power active devices or to charge batteries.

The AirFuel RF standard opens wireless power technology to new markets and applications. Multiple devices across an array of applications can be powered simultaneously several feet from the power source without the need for precise placement, eliminating the need for wires or the hassle and e-waste associated with batteries. RF technology can be integrated into very small electronic devices, such as electronic shelf labels, wearables and IoT sensors, making it an attractive wireless power option for large scale, low power deployments where cable and battery elimination, placement flexibility, and maintenance avoidance are key considerations, such as large fleets of devices.

Dr. Sanjay Gupta, president and chairman of AirFuel Alliance, shares, “Our members on the RF Working Committee, such as Energous, Atmosic and SK Telesys, have worked tirelessly to design and release this global interoperable standard. Standardisation is crucial to worldwide consumer acceptance, interoperability of devices and chargers, and infrastructure development, by creating a network effect for the adoption of technology and sharing a proven framework for others to follow. We will offer an AirFuel Certified Engineer programme for RF in the spring as well as other educational opportunities and resources. Accelerating demand in the market requires standardisation, and AirFuel is thrilled to lead the way.”

Over the past several years, rapid advances in RF technology development have included numerous products incorporating RF wireless power technology achieving regulatory approvals, and multiple use cases emerging that can be uniquely addressed through utilisation of RF-based wireless power.

Cesar Johnston, chief executive officer for Energous Corporation, a member of the AirFuel Alliance board of directors, says, “The AirFuel RF standard paves the way for broader adoption and deployment of RF-energy harvesting ecosystems that offer ground-breaking multi-device charging capability with true spatial freedom. Energous is proud to have led the efforts since the founding of the AirFuel RF working group chartered to establish this final RF specification.”

“The Airfuel RF specification is a standards-based wireless power transfer solution designed specifically to power the IoT market,” says David Su, CEO for Atmosic, a provider of extreme low-power wireless communications. “With the continued and explosive growth in IoT already contributing to over 3 billion depleted batteries being thrown away every year, we now have a robust solution that can power IoT devices no matter where they may be located in our homes and buildings.”