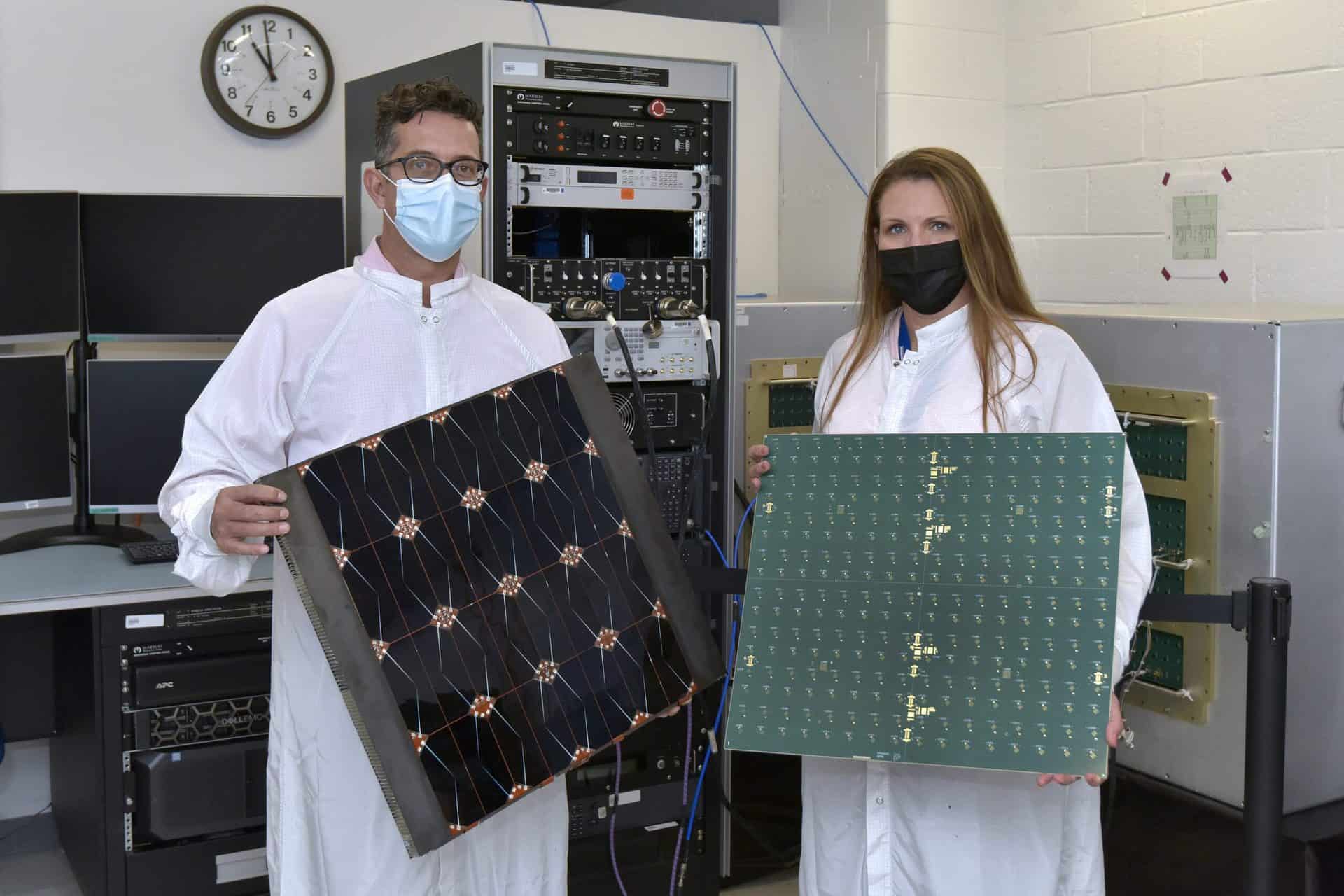 WASHINGTON —  A satellite solar panel designed by Northrop Grumman to harvest energy in space to be beamed back to Earth performed successfully in lab tests, clearing the way for the technology to be launched to orbit in a military experiment planned for 2025.

The demonstration — conducted recently at a Northrop Grumman facility in Linthicum, Maryland — was in support of an experiment funded by the Air Force Research Laboratory to collect solar power in outer space for use on Earth.

AFRL said Dec. 21 that the “sandwich tile” designed by Northrop Grumman for this experiment successfully converted solar energy to radio frequency power, “a fundamental step required to pave the way for a large-scale solar power collection system in space.” To make this work, receiving antennas on Earth would be used to transform the RF energy into usable power.

Space-based solar power is a key focus of AFRL, which awarded Northrop Grumman a $100 million contract in 2018 to develop the payload for a demonstration called Arachne. The sandwich tile is a key payload component.

Arachne is one of a series of flight experiments planned by AFRL under the Solar Power Incremental Demonstrations and Research (SSPIDR) project.

The sandwich tile consists of two layers: a panel of photovoltaic cells collect solar energy and provide power to the second layer, which is populated with components that enable solar-to-RF conversion and beamforming.

The ground demonstration used a solar simulator to illuminate the photovoltaic side of the tile and perform the solar-to-RF conversion process.

The testing of the individual tile for the Arachne experiment provides a building block for a payload that will have a square meter panel of tiles. Arachne is projected to launch in 2025.