A high-performance aerobatic aircraft crashed into the rear of a Guimbal Cabri G2 helicopter hovering above a runway in the Sunshine Coast, Queensland, in September 2020.

The incident saw the two-seat Extra EA-300’s propellor collide with the helicopter’s fuselage, and the G2’s landing skid in return puncture the aircraft’s fuel tank. None of the three pilots involved were injured.

An ATSB investigation has concluded that the Extra’s nose-high attitude during landing obscured the hovering helicopter from sight until immediately before the crash, meaning those on board were unable to take evasive action.

“The ATSB found the pilots of the Extra did not expect the helicopter to join the 1,000 feet circuit pattern and did not assimilate the helicopter pilot’s radio calls into their mental models of the current operations at the airport,” said the ATSB’s director of transport safety, Stuart Macleod. “As a result, they were not aware that the helicopter was ahead of them in the circuit.”

The organisation said the incident highlights the importance of pilots being aware of the circuit procedures for differing kinds of aircraft.

On 18 September 2020, a two-seat Extra EA-300 aircraft, VH-EXR, with two experienced pilots onboard was conducting circuits at 1,000 feet (above airport elevation) at Caloundra Airport, a non-towered airport where aircraft self-separate from each other using radio calls on the Common Traffic Advisory Frequency (CTAF).

The pilot-in-command occupied the Extra’s front seat and was conducting a check flight of the rear-seat pilot.

A two-seat Guimbal Cabri G2 helicopter, VH-LTO, with a solo student pilot on board conducting a navigation exercise flight from Redcliffe, joined the circuit ahead of the Extra and was conducting a stop-and-go on the active runway.

The Extra landed on the runway behind it, and during the landing roll collided with the rear of the hovering helicopter, resulting in substantial damage to both aircraft. The helicopter sustained multiple propeller strikes underneath the cabin and separation of its right landing skid.

The Extra’s wooden propeller was destroyed by the impact with the helicopter’s fuselage and landing skid, which punctured the Extra’s right wing fuel tank. Fortunately, there were no injuries.

Sign up to our Australian Aviation Express email newsletter to receive the latest in aviation.

The ATSB also identified that, on the final leg of the circuit, the pilots of the Extra were focused on a third aircraft in the circuit, which was ahead of the helicopter, and which they had been in radio communications with.

“While the pilots visually scanned the runway prior to landing, they were not aware of the helicopter’s presence, and they perceived a different aircraft to be the next ahead of them in the circuit, which resulted in them not sighting the helicopter and continuing the approach to the runway,” Macleod said.

Further, the tail-dragger Extra’s nose-high attitude during landing obscured the hovering helicopter until immediately before the collision.

Macleod said the accident highlights the importance for pilots to have an awareness of the circuit procedures for different types of aircraft at non-towered airports, including helicopters.

“A helicopter performing a stop-and-go will usually require significantly more time to clear the runway, compared to an aeroplane performing a touch-and-go,” he said.

“Around CTAF and uncontrolled airports there is the possibility of aeroplanes and helicopters conducting movements that might not be considered commonplace. This investigation highlights that multiple options are available to helicopters at non-towered airports, including the active 1,000 feet circuit pattern.”

Although not a factor in this occurrence, due to the speed of the Extra it could be classified as a high-performance aircraft, as it is capable of a downwind speed of greater than 150 kt, allowing it to fly a circuit at 1,500 feet.

“All pilots are reminded that the 1,500 feet circuit height is not just limited to regular passenger transport and turbine aircraft,” Macleod said.

Safety around non-towered airports is one of the ATSB’s eight ‘most wanted’ safety priorities, as part of the SafetyWatch initiative.

“The alerting provided by radio broadcasts at non-towered airports such as Caloundra greatly assists the process of sighting traffic that might be a collision risk,” Macleod noted.

“This accident reinforces that, even for experienced pilots, visual identification of unknown traffic is difficult.”

Start your very own aviation journey with Australian Aviation. Sign up today for as little as $49.95 and you’ll enjoy access to:

Aviation podcasts where we delve deeper into the stories that matter

You can always rely on us to keep you in the know.

Join now and start enjoying all these benefits today. 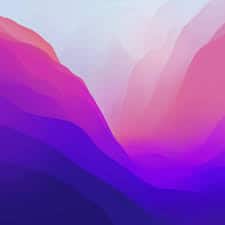 Free Fire today returns with its latest Patch Update – Illuminate – for both Free Fire and Free Fire MAX. With the release of...

A Deep Look Into 13 Data Scientist Roles and Their Responsibilities; Top Five SQL Window Functions You Should Know For Data Science Interviews; 5...